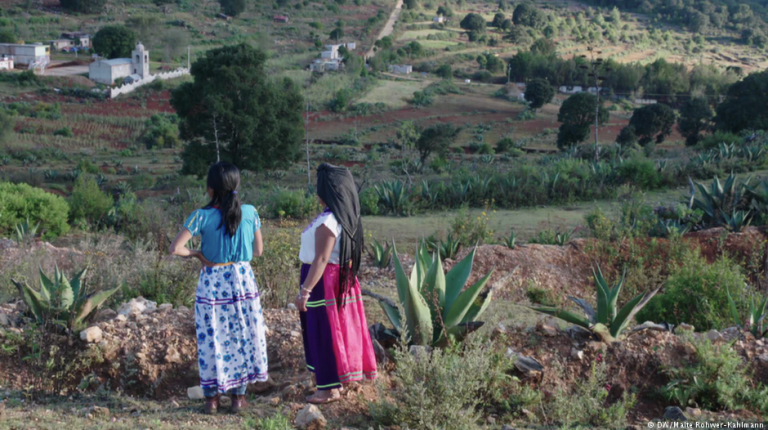 The people of the Mexican state of Oaxaca earn their living making pulque, a traditional drink made with Agave. But the beverage, considered sacred, is under threat. Ecotourism is part of the solution to save it.Project aim: Save the tradition of making pulque, a drink made from the sap of the agave, reclaim eroded soil and prevent future soil erosion in the Mexican state of Oaxaca.

Project implementation: The Mujeres Milenarias ("Millenial Women"), a local community organisation set up to preserve the pulque tradition, plant agaves in a special formation, so their roots form nets that keep water and nutrients in the soil.

Project size: The Mujeres Milenarias is made up of about 40 people.

Project partner: Rutopia, an ecotourism startup, which connects travelers to Mexico's rural communities and reinvests the revenues in projects such as this. Other partners include Slow Food México, an NGO working to preserve local food cultures.

The residents of El Almacen, a small village in the Mexican state of Oaxaca, have opened their world to ecotourists so that they and the nature around them can survive.

The only major source of income here is agriculture, which is seriously threatened by progressive soil erosion. The traditional drink pulque, considered sacred in the area, is particularly important. It is made by fermenting the sap of the agave plant, which has been badly affected by the ongoing soil erosion.

To deal with this, a locally-run action group called Mujeres Milenarias has developed a special cultivation method: they plant agaves in rows over hills, so that the roots of the plants grow together. In this way, "nets" are formed that hold water and nutrients in the soil. This makes the soil stable and keeps it fertile.

Rutopia, a startup from Mexico City, supports the Mujeres Milenarias. The ecotourism platform wants to connect travelers with rural communities across Mexico such as the one in El Almacen. Local people here welcome groups of tourists and teach them about pulque and its traditions – with most of the revenues staying in the community.

A film by Malte Rohwer-Kahlmann