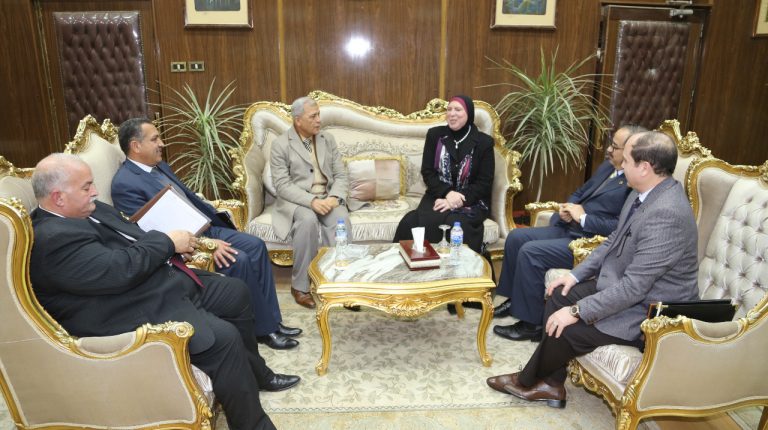 The Medium, Small and Micro Enterprises Development Agency (MSMEDA) has injected about EGP 1.9bn loans and grants in Menoufiya, generating about 172,000 jobs for the youth of the governorate since the establishment of the agency in 1992 until the end of December 2018, according to Nevine Gamea, the chairperson of the agency.

Gamea explained that the agency has allocated loans worth EGP 1.7bn through funding 67,0000 small and micro projects, which generated over 149,000 jobs, in addition to grants worth EGP 156,000 in order to fund the infrastructure, community development, and training projects, providing 23,000 jobs.

Recently, Gamea visited Menoufiya and met with its governor, Saeed Abbas, in order to discuss the ways of cooperation and expanding small and micro projects for the residents of the governorate, and encourage them to enter the field of self-employment.

Gamea stressed the role of the agency in the current phase, according to the directives of President Al-Sisi toward developing the sector with the aim of creating jobs for young people and limiting unemployment, in addition to contributing toward implementing developmental programmes adopted by the state in order to limit poverty and improve the citizens’ living conditions.

During Gamea’s meeting with the governor, they discussed a study to establish an institutional body for heritage industries and handicrafts with the aim of providing more jobs and the revival of these industries.

During her visit, Gamea met with a group of handicrafts persons from Menoufiya who work in carpets, silk, textile, pottery, arabesque, and bamboo. Gamea listened to them about the problems and obstacles they face in their jobs, including the high prices of raw materials as well as their scarcity, in addition to the difficulty of marketing and the importance of opening new marketing outlets.

Gamea stressed that the agency will work to overcome these obstacles and offer financial and non-financial services to help them regain their position.

For his part, the governor of Menoufiya stressed that the governorate supports the citizens working in these professions and crafts.