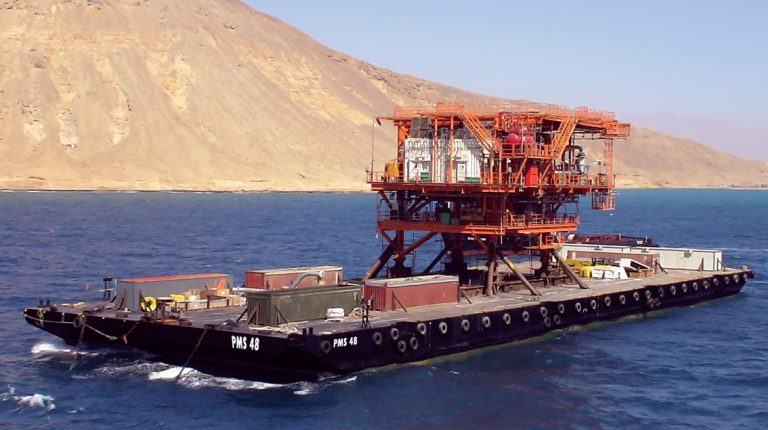 El Sayed El Badawy, head of the Marine Petroleum Services Company, has signed 35 contracts during the past year worth EGP 298m, which is one of the highest contracts in the history of the company.

In addition, the company also purchased new assets in the marine unit for transportation and supply.

El Badawy explained that all marine units were maintained and upgraded, in addition to upgrading the efficiency of nine marine units. Development costs and the inevitable reservoirs of marine units amounted to about $15m.

He mentioned that the company participated in a large volume of work in various fields, most important of which is participating in the Zohr gas field development project, in addition to the land works, which includes the construction of two sea lanes and a trench of 772 metres long, and 36 metres wide.

Moreover, the company extended four marine lines of 63 kilometres, surveyed the deep-sea water lines, and participated in the development of the Southwest of Baltim field, which includes marine surveying and land works, including the establishment of a lane and a trench of 278 metres.

This came during the general assembly of the company chaired by the minister of petroleum to review the company’s 2018 business results.

The Minister of Petroleum and Mineral Resources, Tarek El-Molla, stressed the importance of increasing support for marine petroleum activities and improving the performance of maritime units as well as raising their efficiency, especially the installation and maintenance of marine platforms and installations through the use of state-of-the-art technologies.