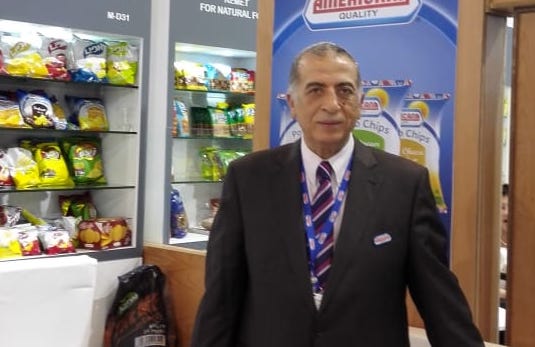 Senyorita For Food Industries Company aims to achieve an increase in its exports by 18% this year through expanding in the African market.

Tarek Younis, the head of export at the company, said that the company targets increasing its exports from $7.5m last year to $8.9m this year.

He pointed out that the company aims to expand in the market of South Africa this year through exporting biscuits which were met with great demand there; however, the increased cost of shipping is a prominent obstacle facing exporters.

He went on to clarify that the prices of potatoes currently range from EGP 2,800 to EGP 4,600 per tonne, affecting the cost of producing potato chips. He said that the company has absorbed the new increase in the price of final products this month, but it is considering increasing prices by 10-15%.

Furthermore, he stated that the company is working to transfer its factories in Alexandria to the main headquarters in Sadat City in Cairo this year to reduce shopping costs. There is also a plan to open a new production line with a daily production capacity of 2500 cartons this year.

Moreover, he said that the most prominent countries the company exports to include African countries, Qatar, Saudi Arabia, Lebanon, Algeria, Tunisia, and Morocco, however, several markets have seen crises due to the strictness of their governments towards Egyptian products.

Over and above, Younis highlighted that despite the company’s commitment to the standard specifications, shipments are refused without any reasons and the high cost of transportation to Libya has led to a drop in exports at these high rates.

Some markets have stopped importing from Egypt during the past year, including the Sudanese market, for example, despite the intervention of the political leadership to end the crisis of exports, emphasised the company’s head of export. Also, he added that the market of Sudan is one of the most important markets in Africa where 40 containers used to be exported to it every month.

Disturbances and wars in Yemen have led to stopping the work of the port of Hodeidah and replacing it with the port of Aden, which led to higher freight costs and therefore higher export costs, he elaborated.

Younis further explained that exporters need support in terms of the expenses of the cost of shipping and regular payment-that kind of support-as the company has not received its dues for a long time.

Younis demanded committing to the 2020 plan of the council to increase exports, noting the importance of preparing a plan for the target market and establishing market centres within several countries as well as activating the role of the programmes to support exports.

Furthermore, Younis described the Egyptian market as attractive to investments especially in the field of food industries. This is due to the large population census and the increase in the demand for foodstuffs of all kinds, which means that investment in food has a large market sought by foreign and domestic investors.

Moreover, Younis pointed out that foreign exhibitions are working to promote Egyptian products and that the company is keen on participating in foreign exhibitions. He called on the Export Council for food industries to expand these exhibitions, which are a good opportunity to identify new customers.

He added that the most prominent obstacles before export is some traders buying large quantities of products and exporting them through agreeing with customs agents, which harms the reputation of Egyptian products, especially if the goods were damaged due to poor transport and shipping.

Additionally, he stressed that there are products allocated to local production and are usually smaller in size while the products allocated for export are larger and the trader or exporter in that case exports them for prices lower than the company’s prices, putting companies in trouble with the official agents in different countries.

Younis called for preventing the export of any product before obtaining an official approval from the producing company to limit the smuggling of products.

What’s more, Younis added that Senyorita applies all quality standards in all stages, starting from crude materials, to the stage of production and transport.

As for the competition against imported products, Younis said that efficient market rules require not closing the market instead it must be open to competitors through the import and export processes, creating a climate of competition that ends up making everyone work to raise the quality of their products and reduce their prices to serve consumers.