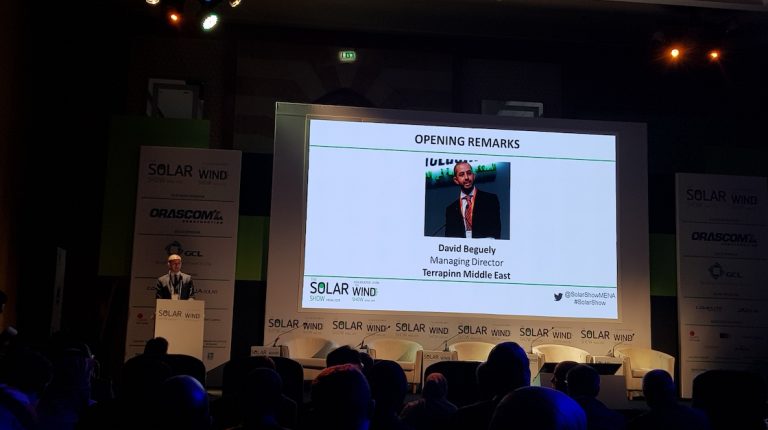 Held under the official support of the ministry of electricity and renewable energy, the New and Renewable Energy Authority (NREA) and the Regional Center for Renewable Energy and Energy Efficiency (RECREE), the show hosted over 90 speakers and provided updates on all of the major projects taking place and the vast opportunities available in the region.

Speaking during the opening ceremony, David Beguely, the managing director at Terrapinn said: “By 2021, the renewable capacity in the MENA region will grow by 78%, led by Egypt, the UAE and Morocco. The market is rapidly maturing and the cost of production is diminishing with the PV pipeline in 2018, amounting to almost 12GW. There are also 4.9GW of large solar projects under construction, including 1.8GW in Egypt and nearly a gigawatt combined in Jordan and Morocco.”

The conference attendees were addressed by Turki Alsheri, the head of the Renewable Energy Project Development Office at the ministry of energy, Saudi Arabia. This is in light of the recent news that the Saudi Ministry of Energy just increased their renewable target to 40GW by 2030.  Alsheri will be talking the audience through this.

The show also featured an exhibition with some of the world’s leading renewable technology companies, including JA Solar, Canadian Solar, Yingli, GCLSI, Chint, First Solar, Vikram Solar and Lightsource BP powered by Hassan Allam.  Orascom is also a platinum sponsor of the show, who are there to share more information on their renewable energy projects.