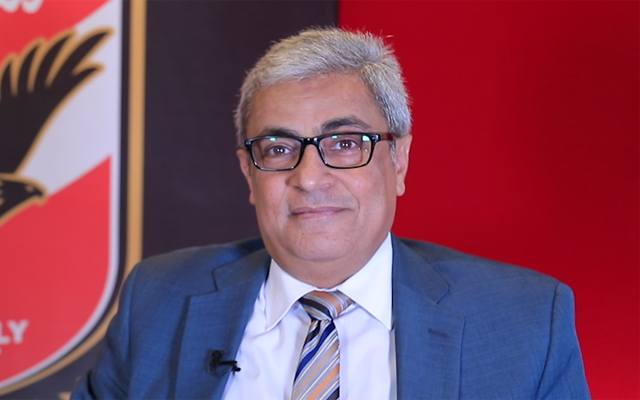 The funeral of the sports critic, media figure, and the Chairperson of Al Ahly channel, Khaled Tawhid, took place on Tuesday in the presence of Mahmoud El Khatib, the president of Al Ahly SC at Moustafa Mahmoud Mosque in Mohandessin.

Tawhid was born on 28 September 1961, and has worked in sports journalism at Al Ahram. He was then promoted gradually until he became the editor-in-chief of Al Ahram Al Riyadi in 2014. He was one of its founders in 1990.

The deceased has joined the sports media control committee affiliated to the Supreme Council for Media Regulation, and he resigned from it after he became the chairperson of Al Ahly channel on 30 May 2016.

Tawhid has presented many TV programmes throughout his career, as well as programmes for matches analysis, including ‘Stad El Nile’ (Nile Stadium).

The Egyptian Football Association (EFA) published on its social media page a farewell post to Tawhid saying, “We belong to Allah and to Him we shall return. Hany Abo Reda, the EFA’s members, the executive manager, managing directors, and committee heads, as well as the technical departments of the national teams all mourn with great sorrow the loss of Khaled Tawhid. May he be granted mercy by Allah and may his family be granted patience for their loss.”