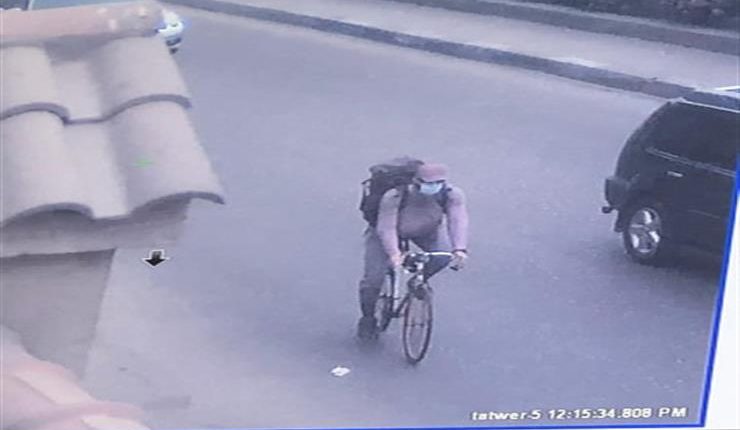 The death toll of the suicide bombing at Cairo’s downtown area, Al-Darb Al-Ahmar, rose to three policemen, the security sources reported on Tuesday.

A suicide bomber directly blew himself up on Monday evening when the security personnel came close to arrest him at the area of Al-Darb al-Ahmar near Al-Azhar Mosque, which is regularly crowded with people and vendors.

In addition to the terrorist, a state security member, a policeman from a Cairo investigative unit, and a public security officer were killed in the attack as well.

Three policemen, and two civilians including a woman were injured during the bombing. The Spokesperson of the Ministry of Health, Khaled Magahed, said that the conditions of the injured victims are stable, and they are suffering from bruises and fractures.

A short video taken by the surveillance camera near the area of the explosion showed the bomber who was wearing a mask while riding a bike. As soon as the policemen were about to catch him after he was spotted, he blew himself up immediately.

The ministry said that the security forces were monitoring the movement of terrorist, El-Hassan Abdullah, aged 37, as he was wanted due to his responsibility in a previously attempted bomb attack, which was foiled by the security forces after finding a bomb near Al-Istiqama Mosque in Giza last Friday.

The information on the terrorist was obtained through investigations into Al-Istiqama bombing attempt.

Following the incident on Tuesday, the security forces inspected the terrorist’s apartment in Al-Darb Al-Ahmar area, and found a bomb, then ordered the evacuation of the building and summoned the bomb squad to dismantle it. The security forces also found a number of explosive devices and materials which were used in manufacturing explosives in his apartment.

The General Prosecutor, Nabil Sadek, ordered an investigation into the attack, and forming a team in order to follow up the case.

Moreover, on Tuesday, hundreds gathered to attend the funeral of the policemen who were killed during the explosion, with the attendance of high-ranking officials from the ministry of interior.

No group has yet claimed its responsibility for the attack until writing these lines. The attack is the third to occur during the week, following Al-Istiqama failed attack, which took place few days after another terrorist attack was carried against a military checkpoint in North Sinai, killing 15 conscripts.