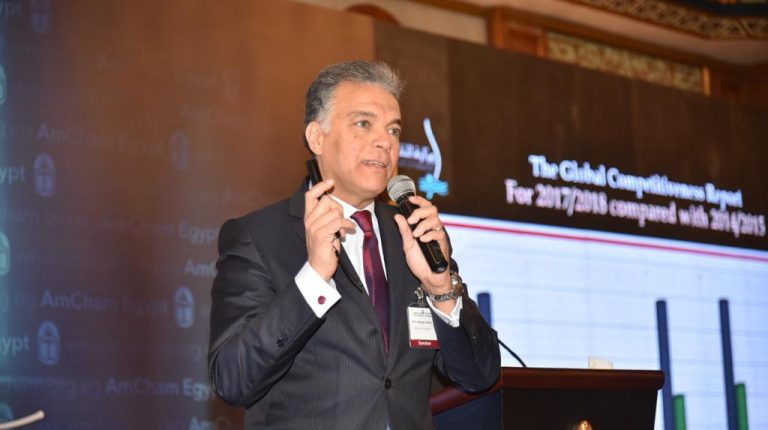 Egypt’s Ministry of Transportation and Parliament completed their discussion about the Transport Regulatory Authority draft law before it will be submitted to the presidency for approval, Egypt’s Minister of Transport, Hesham Arafat, said on Tuesday.

It came during the minister’s participation in a conference held on Tuesday, entitled “Egypt’s Transport Sector: Embracing the Future” which was organised by the American Chamber of Commerce in Egypt (AmCham).

The minister emphasized his ministry’s efforts on enhancing the sector’s legislative framework, noting that many important laws haven’t been amended for 40 years.

“We are happy to amend the laws of the National Authority for Tunnels, and the Transportation Law,” Arafat mentioned.

The ministry is looking forward to the linking logistics centers with main dry ports, such the Sixth of October, 10th of Ramadan, and Sadat dry ports, he added.

Egypt can be a regional hub for logistics industry, he affirmed, noting that the ministry will open envelopes of Intelligent Transport Systems (ITS) project next month which is a very important part of the ministry’s plan for boosting the country’s infrastructure.

Egypt’s ranking on the road quality indicator improved recently from 117th to 54th, the minister added, noting that the ministry’s plans for boosting logistics will allow Egypt to be one of the strong competitors in the Mediterranean region.

Arafat added that the country’s sea ports projects will cost over EGP 71bn over five years, affirming the ministry’s focus on the Red Sea ports following the Chinese “One Belt One Road” project.

Egypt has spent about EGP 2tn over the last four years in infrastructure projects which emphasises the importance of this key sector.

Moreover, Sylvia Menassa, CEO of AmCham Egypt, affirmed the importance of the transportation sector in boosting the country’s trade, noting that AmCham proposed an initiative to the Ministry of Transportation for enhancing country’s position on logistics performance index and the minister welcomed this initiative.

She added that AmCham will organise several events in February and March.