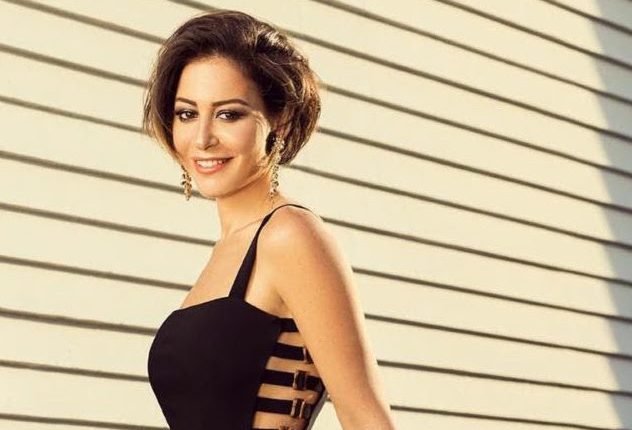 Accrediting her for the strong influential roles she played in the Arab film scene, and for being one of the most effective female figures, the Aswan International Women Film Festival (AIWFF) is to honour on Wednesday the artist Menna Shalaby, at the opening night of the film festival. The festival is running from 20-26 February.

Shalaby has left her mark through participating in some of the most important and recent Egyptian films, which documented Egypt’s political scene before and after the 25 January Revolution. She took part in the legendary Youssef Chahine’s latest films before his death, Heya Fawda (Chaos), which depicted Egypt’s conditions prior to the revolution. Moreover, her film Nawara, portray the situation after the revolution.

“Menna Shalaby is a representation of the future of the Egyptian Cinema. Her exquisite keenness in selecting her roles which address issues that matter has shined in several significant films by a plethora of distinguished directors, including: Radwan Al-Kashif, Youssef Chahine, Mohammed Khan, Marwan Hamed, Hala Khalil, and Kamla Abouzekri,” said the AIWFF’s Director, Hassan Abu El-Ela, in a press release.

From her side, Shalaby expressed her excitement over such an award saying, “I am deeply honoured to receive this. It is truly humbling to be recognised by the AIWFF that has been successfully growing beyond Upper Egypt, where it is held, during its first two editions.”

Shalaby won various national and international awards for many roles which she has been playing since the start of her acting career, including her roles in different films, such as Al-saher (The Magician), An El Eshq Wel Hawa (About Love and Passion), Banat West El Balad (Downtown Girls), and Heya Fawda (Chaos).

She was also selected as a jury member at some of the world’s most prestigious film festivals, including the Cairo International Film Festival, the Carthage Film Festival (Official Competition), and the Malmö Arab Film Festival in Sweden (Feature-Length and Short Film Competition).