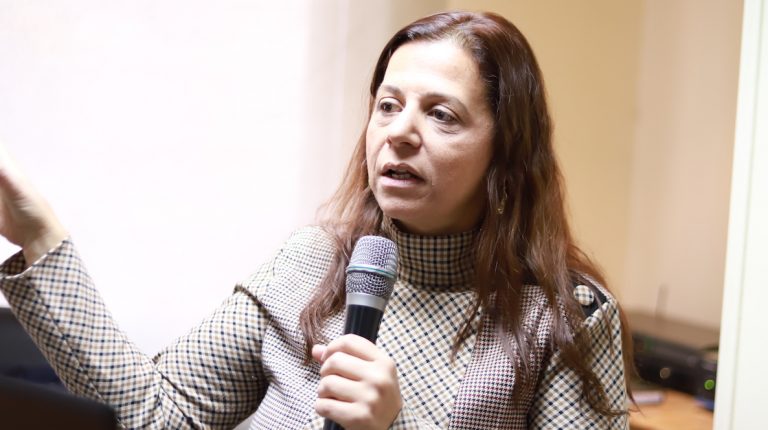 The Egyptian food industries sector aims to be present in four main international exhibitions to market its products around the world. The exhibitions include Gulfood, Anuga, and Fruit Logistica.

Dalia Kabil, the chairperson of Concept Exhibitions, said that the food industries sector will be present in various countries this year to cover the markets targeted by working companies.

She said that the sector targets international exhibitions to meet clients and how Egyptian products are able to meet their needs.

Furthermore, she pointed out that the sector was in Food Logistica where over 3,000 companies exhibited their products from 130 countries around the world. It received 77,000 visitors.

The Egyptian sector is present in Gulfood in Dubai during the current edition for the 20th time since the exhibition started as the largest specialised exhibition in food industries in the MENA region and the second largest exhibition across the world.

The Egyptian sector aims to be present in Gulf Food and Anuga exhibition as well as WorldFood exhibition in Russia.

“In Moscow, Egypt has a good reputation in the industrial sector, especially in frozen products and cheese,” Kabil said.

The sector is also seeking to be present in a new exhibition in the US called Fancy Food Show in June. It targets North and South America. The sector also receives invitations from other major markets in Canada as the largest food importing country in the world.

Kabil highlighted the substantial growth in some emerging fields including dates. The number of companies to which there are date exports has increased up to 12 companies, compared to two companies only a few years ago.

Moreover, Kabil said that the sector has great importance across the world in the area of East Asia, specifically in Indonesia which receives the majority of exports from Egypt.

She explained that signing a cooperation protocol with China as a new market to receive Egyptian dates will be a new push for the Egyptian sector. Additionally, China has sent official agreements from its side in preparation for receiving products starting from next season.

Plus, she added that Egypt holds an annual festival for dates in Siwa to help introduce new technologies to develop production operations according to international standards, which qualified the product for strong competition in international markets.

“The festival enhances the value of the product for local and international consumers, especially since many of them have started to change their attitude towards dates, from considering date products consumed only in Ramadan, to one that is consumed all year long.

She noted that there is great attention given by EU countries to Egyptian dates, however, they demand high-quality products and special specifications, which require developing the products quickly to benefit from this massive market.

Morocco and Tunisia are two of the largest markets that compete against Egypt in date products, and with the desire of countries to import from Egypt, the sector will achieve major development over the upcoming period.

In terms of products that Egypt is characterised by, she said that table olives have a strong reputation internationally, especially that Egypt is a producing country.

She added that Egypt ranks fourth in exporting frozen strawberries and being intensely present in the existing markets as well as focusing on new markets.

“Exhibitions are a main road for export and opening new markets through meeting new clients. However, Egypt has reduced the budget to be present in these markets after liberalising the exchange rates. On the other hand, companies try as much as possible to attend with a special budget to benefit from exhibitions,” Kabil said.

She also elaborated that the Export Council organises several promotional missions on an annual basis as an alternative for exhibitions, however, this does not mean neglecting them.

Kabil also explained that the Export Council adopts SMEs inti the sector when they exhibit in exhibitions through arranging bilateral meetings for them in their pavilion in order to reduce costs as much as possible.

She also indicated that 70% of the companies are registered in the Export Council and the rest are small and large companies.