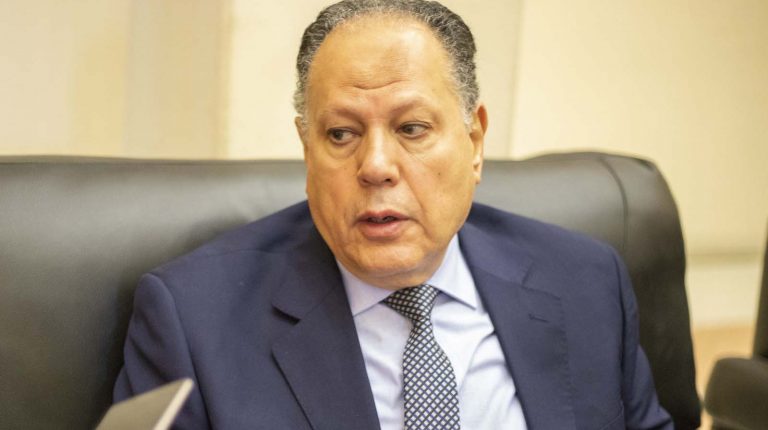 The government must be the primary supporter of industry in Egypt, specifically the automotive sector in order to upgrade the promising industry. Economy can grow stronger only through supporting industry, Deputy Head of the Chamber of Engineering Industries (CEI) affiliated to the Federation of Egyptian Industries (FEI), Abdel Moneim El Kady, said in an interview with Daily News Egypt, the transcript for which is below, lightly edited for clarity:

Has the Let It Rust campaign and the current market recession impacted feeder industries?

Of course, there is no doubt that the boycotting campaign has affected the automotive market. The recession also negatively impacted car assembly plants which rely on feeder industries.

The feeder factories are no longer fully operational due to the low demand for their products. This has reduced the working days to four instead of five days. I think this recession will continue to affect the feeder industries until April.

How do you see the campaign?

The campaign negatively affected the automotive sector in general, as well as the consumers because the campaign will intensify the overpricing phenomenon in May. We, as manufacturers, asked the government to intervene to resolve the crisis.

What is the importance of the automotive industry strategy? Why it has not been issued yet?

This strategy is over as the government rejected it. The strategy aimed to support the automotive and feeder industries. It was an integrated system to control the car market commercially and industrially, and it would revive the car market in Egypt and restore its level to what it was before 2008 as it would attract the middle-class consumers to the market through offering cars at EGP 100,000 or less. The market needs this segment again.

Why did the government reject the strategy?

This question should be answered by the government. We know two reasons behind the strategy’s rejection, the traders’ influence as they were opposing the strategy, and split among manufacturers. We had to wait for the strategy to be released, and then we could amend it.

Why did traders oppose it?

They thought it will only benefit car manufacturers, even though it would have benefited everyone. The state will lose EGP 7bn this year after removing custom tariffs on European cars. The strategy would have imposed other fees on manufacturers, and this could compensate the tariffs’ removal.

What are the manufacturers’ demands from the government?

How would Egypt benefit from the return of Mercedes-Benz?

This step would have a positive impact on the industry only if they relied on Egyptian feeder industries.

What is the role of the Feeding Industries Division in supporting the industry?

Feeding industries are accused of focusing only on luxuries and importing basic products, Why?

Feeding industries are the core of the automotive industry. Feeding industries in Egypt are successful, but their production is limited. In contrast, investors will not risk investing in feeder industries with this small amount of car production. We export many original spare parts to many countries, specifically Europe, Germany, US, and South Africa.

There are reports that governmental bodies, such as the Arab Organisation for Industrialisation, the Military Production Ministry, and the Egyptian National Railways, are relying on imported feeder industries. Is this true?

Yes, there are several Egyptian bodies and companies that rely on imported feeder products and ignore local ones. We communicated with the Military Production Ministry’s factories and the Arab Organisation for Industrialisation to supply them with our products. They asked for samples for examination. I hope they use the Egyptian feeding products.

What is the export value of Egyptian feeder industries?

Egypt’s non-oil exports reach $20bn. Even though this is small for Egypt, the chamber accounts for 10% of the figure.

What are the most important international brands that are assembled in Egypt?

General Motors assembles Isuzu. It’s one of the most important brands assembled in Egypt. It relies on supplying 70% of its components in Egypt.

Is it possible to manufacture a 100% Egyptian car?

The Feeding Industries Division will hold a meeting soon with El-Desouky to study how to develop the electric battery manufacturing project to manufacture the entire car.

Why do feeding industry plants rely on foreign testing ?

The automotive industry is a very advanced industry, and all feeder companies in Egypt abide to the global standard specifications, but parent companies are keen to test these products themselves in their own factories abroad.

Do we have enough trained labour in feeder industries?

In fact, we have lack trained labour. Our labour turned to work as tuk-tuk drivers (three-wheeled vehicles) or in delivery service, as they earn twice as much as they get in feeder factories.

How many car and feeder factories are there in Egypt?

There are 100 car factories in Egypt, of which eighty feeder factories and 20 assembly plants. There are of course other indirect and non-specialised factories that supply products to direct factories, such as plastics, rubber, glass, and others.