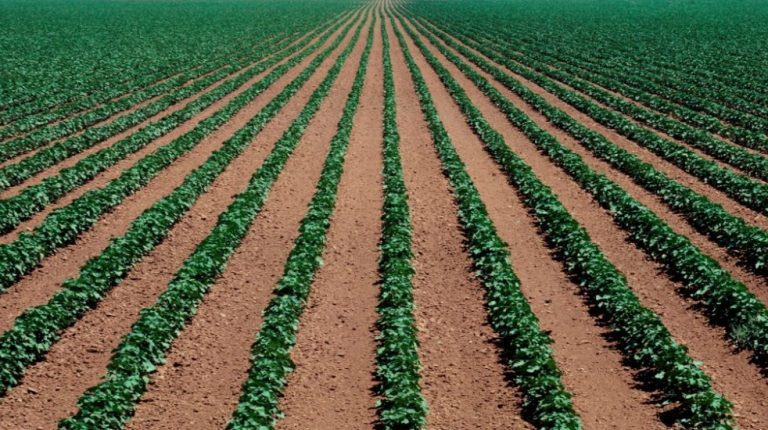 Despite the linear increase of the species-level taxonomic diversity of crops that are being cultivated on large-scale agricultural lands over the past 50 years, environmental and socio-economic differences support expectations that temporal changes in crop diversity vary across regions.

An ecological theory also suggests that changes in crop taxonomic diversity may not necessarily reflect changes in the evolutionary diversity of crops, according to a new study published last week in PLOS ONE journal.

The researchers in University of Toronto in Canada used data from the Food and Agricultural Organization (FAO) to assess changes in crop taxonomic and phylogenetic diversity across 22 subcontinental-scale regions from 1961 to 2014.

The paper pointed out that whereas crop diversity has in fact increased, the same kinds of crops being grown but on a much larger scale, meaning that the same commercially valuable crops, such as soybeans, wheat, rice and corn, are now being grown on industrial farms across Asia, Europe, and the Americas, covering almost 50% of agricultural lands.

Daily News Egypt interviewed Adam R Martin, a researcher at the Department of Physical and Environmental Sciences at the University of Toronto and the first author of the study. He clarified and explained the main conclusions and methods of the paper, the transcript for which is below, lightly edited for clarity: 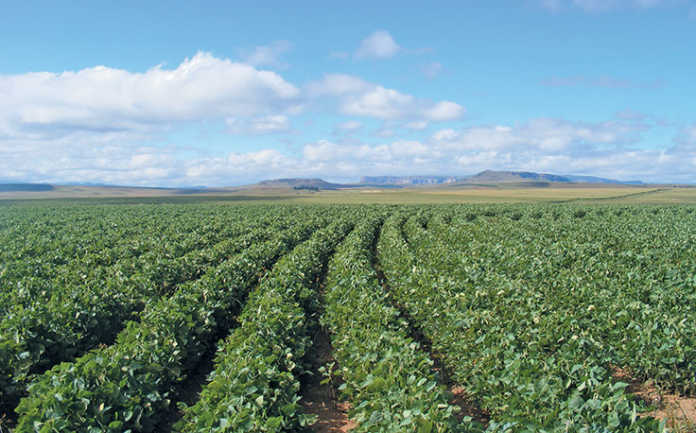 Would you please tell us more about the study’s outcomes?

We reached two primary conclusions in the study. The first was that our results suggest crop diversity at regional scales is increasing. For example, here in North America only 93 different crops are now being grown on large industrial scales, versus only 80 in the 1960s.

However, the second finding was that crop diversity at a global scale is decreasing. Specifically, when comparing different regions of the world, such as Asia, Africa, or the Americas, farms have (and are) becoming more homogenous and similar to one another in terms of the crops being grown.

Why are the findings of this study very important?

Because these findings have major implications for the socio-economics of food, as well as for the ecological sustainability of farms. For example, this pattern of global homogenisation raises questions as to what types of food will be available in different parts of the world in the future; these changes in likelihood will contribute to reduced food sovereignty into the future.

These findings of homogenisation also raise the likelihood that farms in different parts of the world are becoming increasingly susceptible to the same types of pests, diseases, or other environmental changes that might threaten crop yields in the future.

Which methods have you used to reach to the results of the study?

We analysed data from the FAO of the United Nations, which documents changes in crop diversity across all regions of the world from 1961-2014.

The research team found that between 1961 and 2014, researchers observed three distinct periods: the first saw a slight change in the diversity of crops from 1961 to the late 1970s, ten years of sharp diversity from the early 1980s, and finally, this diversity of crops began to decline gradually since early 1990s. However, the study indicates that the largest increase in global crop diversity occurred in the 1980s when different types of crops were introduced into new areas.

Most interesting, however, is that researchers found that although the 1970s and 1980s saw regional increases in crop diversity, both periods were also characterised by increased dominance of a few crop species.

How long have you been working on the study?

Approximately one and a half years from conceptualisation to publication.

Why it is a problem to have four major crops? How can this affect sustainable agriculture?

Having four major crops (wheat, maize, soybean, and rice) occupy more than 50% of global farms is problematic because extremely large expanses of agricultural lands are now virtually ecologically identical worldwide. These four crops in particular, are widely acknowledged to be those grown in largest monocultures, where only a single crop species or genetic strain are cultivated under very high chemical inputs and irrigation systems.

From a sustainability perspective, these four crops represent those that contribute the largest to overall environmental impacts of industrial agriculture, including water consumption, greenhouse gas emissions, and declines in soil fertility. So their continued expansion represents a major environmental threat.

At the same time, these four crops now represent a disproportionately large proportion of calories consumed by people (about 75% according to some reports). So when supplies for these four crops drop due to things like weather-related yield reductions or diversion to biofuels (as in the case with maize), overall food prices can spike dramatically. So the increasing production and reliance on these crops for food represents a major threat to food security.

Why is the decline in global crop diversity an issue?

We think about this from two perspectives. The first is an ecological/environmental perspective that will influence food security. As crop diversity continues to be reduced on a global scale, many different parts of the world are likely to be affected by the same pest and disease outbreaks, or other environmental shifts such as climate change that reduce crop yields.

The second is from a social perspective that will influence food sovereignty. More and more of the world’s farms are now looking the same: monocultures comprised of one or a small number of crops that rely heavily on intensive chemical pesticides and fertilisers. Choosing food that is culturally appropriate, healthy, and produced through sustainable methods (ex not in massive chemically-intensive monocultures), becomes more challenging as global crop diversity – and the range of sustainable farming practices – declines. 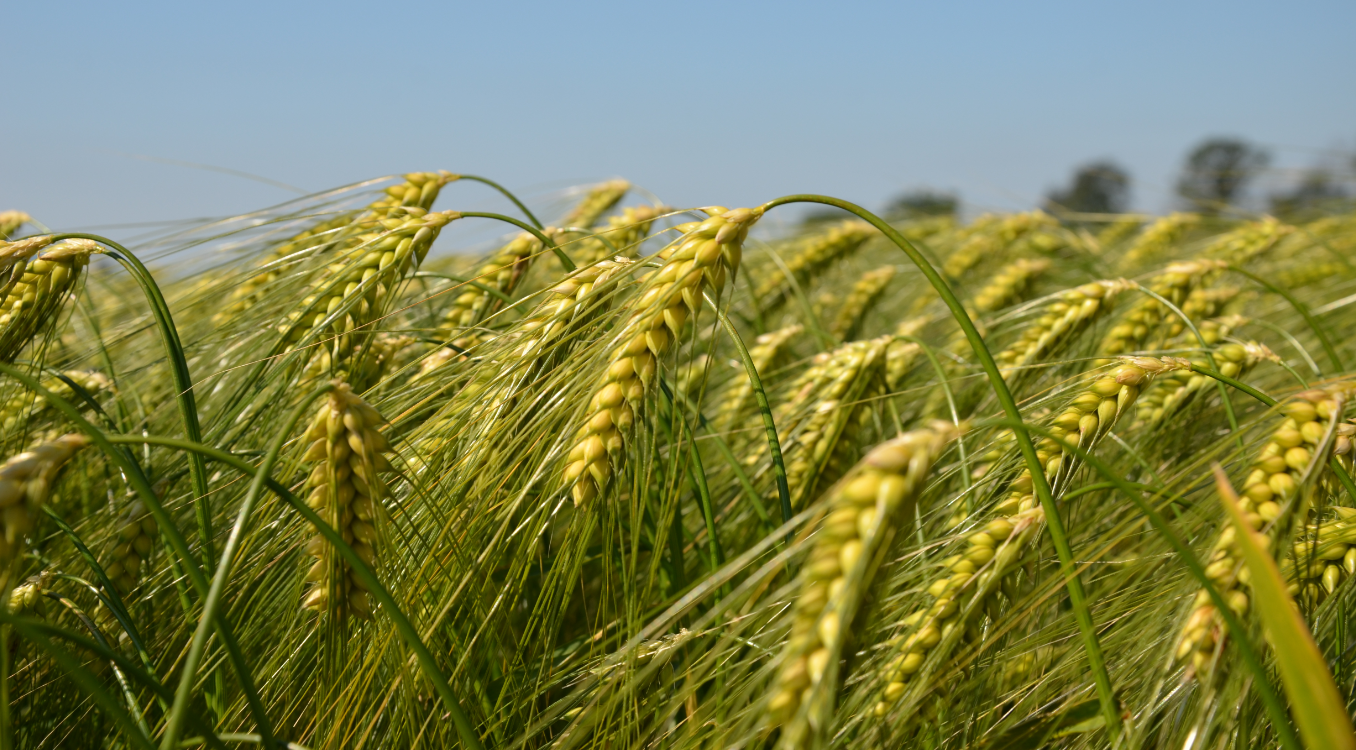 What shall we do to overcome our food crisis?

Addressing current and looming food crises in the future will rely on diversifying farms with a wider range of regionally adapted crops. Agro-ecological research suggests that growing multiple crops on the same farm is a key in mitigating the negative environmental impacts associated with large industrial monoculture farming.

From a socio-economic perspective, supporting smallholder farmers is also key in addressing food crises. Small holder farmers (ie those owning and managing less than 1 ha of land) maintain a vast amount of the world’s crop genetic diversity, and are very progressive in adopting new sustainable farming methods. Yet smallholder farms have been highly vulnerable to the expansion of industrial agriculture. Therefore we need policies that support smallholder farms and their key role in dealing with food crises.

Are there any points in the study that you believe have not thoroughly discussed in the paper? 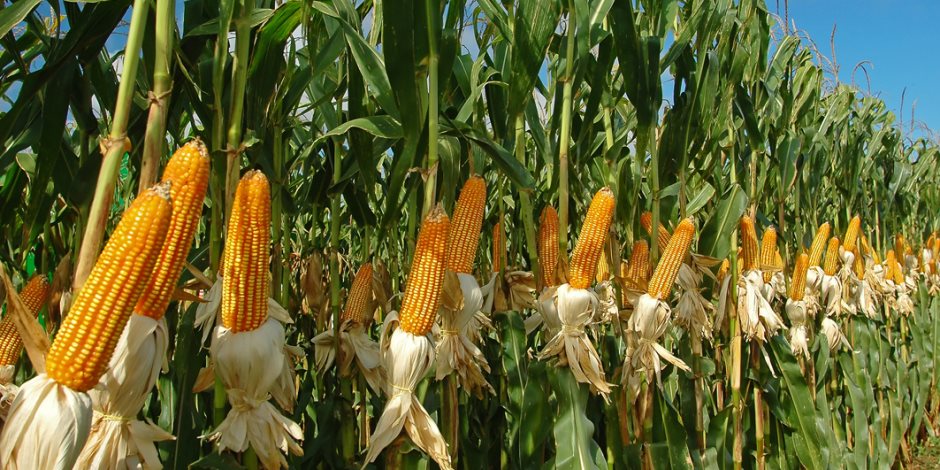 One key idea in the paper that likely has not received as much attention (at least in the media) is the idea that within regions, changes in crop diversity are not simply a result of more land being allocated to agriculture (i.e. agricultural expansion).

To us, this suggests there are two broad policy avenues for promoting sustainable agriculture: one set of policies governs the diversity of crops that are growing (ex crop-specific subsides), while the other governs how much land is allocated to agriculture (ex land-use planning). Recognising these two avenues are fundamentally different is critical in having a more specific discussion on how to best pursue sustainable agriculture policy.

And are you still working on the topic?

Yes, we are planning our follow up to this analysis. Our recent paper assessed crop diversity trends at a regional scale (ex within North America, Central America, North Africa, East Africa, etc) and a global one. Our next step is to assess the change in crop diversity at a country level. In doing so, the hope is that we can then inform specific policy recommendations that support crop diversity on a country-by-country basis (starting here in Canada).