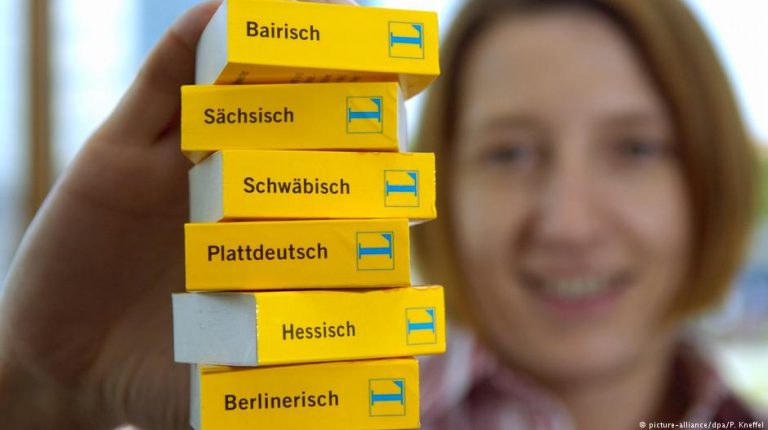 For International Mother Language Day, a linguistics expert tells DW why language diversity is crucial to tolerance — and why it’s just natural that Germans are using more and more English words.Have you ever heard of Coushatta, Tofalari or Saterland Friesian? These languages were once spoken in certain areas of Alaska, Siberia and northern Germany. Now they are in danger of becoming extinct, just like almost 2,600 other languages worldwide.

In the year 2000, UNESCO declared February 21 as International Mother Language Day. It is the date British India became independent, and India and Pakistan emerged. Plans to make Urdu the sole state language in East Pakistan, which later became Bangladesh, drove intellectuals and students to the streets of Dhaka to fight for recognition of Bengali as the state's official language. The government finally gave in — but only after several students were killed in a banned demonstration on February 21, 1952. Bengali became the second official language of the country.

DW: UNESCO has drawn up a list of languages in danger of dying out. How can a language become extinct?

Aria Adli: A language dies out when the number of people who speak it is too small, and parents can no longer pass it on to the next generation. It is worse when the language doesn't play a role in institutions, either. Maintaining languages and cultural diversity is a declared UN goal to make sure we don't live in a world with just one or a few hegemonies that wield a lot of power, but in a world that respects the diversity of peoples. Diversity enables international understanding based on unity in diversity. Losing that would be immensely damaging.

Sometimes you hear people say that the younger generation doesn't speak proper German anymore, some even foresee the decline of the German language. Would you agree?

Language changes all the time, that's natural. If parents complain that today's youth don't speak proper German, one could just as well say that the older generation hasn't learned to speak the way people speak today.

People also complain about English words creeping into the German language. Do people tend to use the language of those in power, of the country that is particularly influential?

Yes, they do, and of course "power" doesn't only refer to politics and the economy, but to a large degree to those who are most present in culture and in youth culture. It's what socio-linguists call "prestige," the tendency to use a language in a way that is seen as "cool."

For the past few generations, English has had that prestige, also thanks to the internet, movies and pop music. Before that, the French language had prestige in German-speaking countries for a long time. Such fads are mirrored in the way we speak, it's natural.

Does language influence the way we think and act?

There are differing views on whether that is the case. I am among those who believe that it's not the language that's the determining influence on the way people think; it's rather the cultural context in which a language is used. A German-language community in the US like the Mennonites lives in a totally different cultural context than we do, and you will find that because of the culture, things are interpreted differently than in Germany. Cultural rules influence how language is used.

People who speak different languages often act differently depending on which language they happen to be speaking — why is that?

That is due to the cultural diversity people take in while they are learning languages. Someone who has lived in Brazil for years and learned Portuguese there hasn't only learned the grammar rules, vocabulary and pronunciation, but lived in a different society with different cultural values and a different way of life, and has developed a different part of his own personality. And that shines through when people speak another language.

In George Orwell's "1984," a totalitarian state tries to control people's thoughts by manipulating language. People are not even supposed to think the word "uprising" because it doesn't exist. Would something like that be possible?

If you believe that a word is more than an entry in a dictionary, and that when that word goes missing it also means that people will never learn about the political concept of "uprising," then I'd say it could happen. Actually, it doesn't really matter whether you have the word or not, but whether you are familiar with this kind of behavior in society. That is what matters.

In New York, you notice that the concept of natives and foreigners makes no sense at all. So many people from all over the world live here. And it works. It works because this diversity is the consensus for coexistence, that is why people call New York a "melting pot." We can learn a thing or two from New York. I wish people in Germany wouldn't be so frightened of neighborhoods emerging where the majority doesn't speak German at home. My colleagues here have listed 800 languages that are spoken in New York. And when you come to this wonderful city, you can see the positive effect.