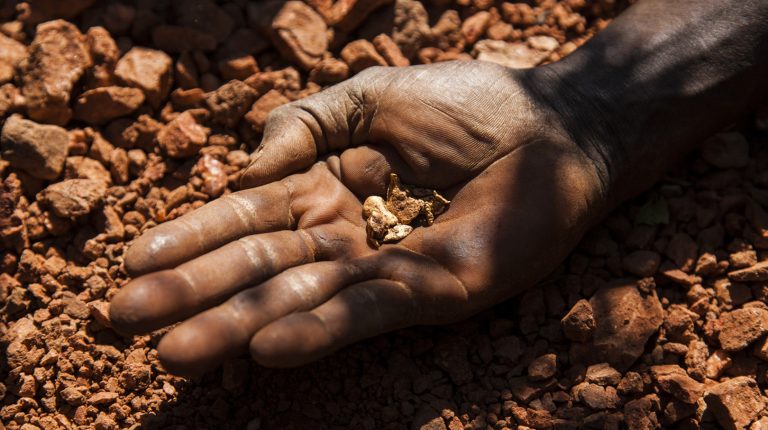 At the end of the day, Al Sokari gold mine is the one and only productive gold mine in Egypt due to several challenges that postponed any attempt to benefit from Egypt’s wealth of gold burried in the eastern desert.

Daily News Egypt discussing these challenges with Youssef EL-Raghy, the general manager of Pharaoh Gold Mines which owns Centamin Company that has the rights to explore and extract gold in Al Sokari concession.

In this exclusive interview EL-Raghy expressed his optimism about gold mining industry in Egypt, but, it requires amending the system of exploring gold ore and its terms. He asserted that the companies which won the right to explore gold in the last gold tender have no background about the mining industry anymore bar one.

The transcript of the interview is below, lightly edited for clarity:

How do you foresee the delay for the first bidding to be resumed?

Actually it is not the first tender to be conducted here in Egypt,; as there were two tenders for exploring gold ore in the eastern desert which were conducted in 2007 and 2009. But, unfortunately, all companies that owned in them-there were eight companies-did not achieve any progress till now. And Al Sokari is still the only productive gold mine in Egypt.

So what are the reasons behind failing to control such an important economic sector?

Simply because the four companies that owned the exploration in the five concessions have no background in gold mining anymore. Moreover, the resumes of these companies show that none of them are actually working in any mining industry except one of them called Resolute. Ghassan Spain is actually a company that works in the real-estate sector, while Vertas opened a branch in Cairo-before the announcement of the tender’s winners-as a mining services company. In addition to Ghas Al Sharq which is specialised in gas exploration not gold mining.

Is that why these companies have not received their concessions yet?

Resolute itself, which owned two concessions,  has announced through its official website on the internet that although it owns the right to explore in two concessions, it will suspend its work until the government take serious actions towards amending the terms of mining exploration in Egypt.

Could you clarify that in more detail?

Well, the new system of gold mining that had been applied since 2017 was wrong and does not comply with international standards and was not in line with similar systems in other countries which have a solid experience in gold mining. All countries which work in this sector apply the system that allows the investor to benefit from all gold ore he explores while paying only three kinds of fees which are taxes, royalty, and rent. On the other hand, Egypt has approved in the new system taxes, royalty, and to get 50% of the concession production in favour of the state. These terms really hurt the gold mining industry in Egypt, as investment in this industry is high-risk and a long term one, so, in case the investor realises a loss, he will bear it alone. Let me clarify that a ton of rocks contains a gram of gold to be extracted which reflects how this industry is very difficult. Actually this system is crowding investments out not attracting them.

So, there is a complicated situation now?

The terms of the exploration and the nature of these companies alike. In addition to that the terms of bidding had been formulated in a frame of terms for petroleum exploration, but, there are bid differences between the two sectors. Each of them has a different nature and a different shape of investment.

And what about the legislative frame that controls mining in Egypt as the big umbrella that gold mining is subject to?

Indeed, the current Mining Law needs to be amended. Although it had been released in 2017 after amending the old one, but, the exploration terms need to be expressed to invest more investors to enter our market, making use of all incentives that the government is providing to all investors. Furthermore, this sector is very promising, as Egypt has about 125 locations that contain huge amounts of gold ore and ready to be explored and extracted.

Then, from your perspective, which is the most appropriate system to control gold mining in Egypt?

If the government approved the ‘taxes and rent’ system which allows the investor to benefit from the entire production of his concession versus paying the required taxes and the rent of the concession, it will pave the way to welcome not less than 200 new companies and investments. Neither profit sharing nor production sharing boosts the gold mining industry in Egypt. These systems are suitable for the petroleum sector, and do not suit the gold mining sector.

And until then Egypt will not experience a real gold mining industry, do you agree with that?

Al Sokari will remain the one and only productive gold mine and Centamin will be the one and only investor in this industry in Egypt if the current law still adopts such terms. Actually the current law is very bad, and completely hurts the mining industry. It needs to be entirely amended if the state really wants to establish a genuine mining industry, especially in the gold mining sector.

For Al Sokari mine, how does Centamin introduce a successful model to establish a gold mining industry?

Our project succeeded to set a standard for industrial safely and environmentally friendly for the first time in this industry in Egypt. In addition, the government has earned from Al Sokari production till now over than $360m, including ante up $122m as royalty fees and $238m in advance on the account of profits. Furthermore, the national treasury collects about EGP 9m per month as taxes and insurance fees, recorded EGP 600m by the end of December 2018. That illustrates how Al Sokari is an important income resource for the state and how this industry is significantly profitable.

How does Egypt’s economy make use of such a project?

All of AL Sokari’s gold sales estimation which is worth $ 4.4bn were transferred to the bank account of Al Sokari gold mines to boost the Egyptian economy. In addition, we signed an agreement with the Central Bank of Egypt (CBE) by the end of 2016 to provide the project’s need of local currency with about a monthly EGP 50m, and in return, Al Sokari has to recover this amount with its equivalent in dollars through gold slugs. This action is to increase the gold reserves in CBE in this critical phase and also to enhance the national economy, and based on that we transfer about 1,000 tons of gold were shipped till last January.

What are the estimated reserves of gold ore in Al Sokari?

About 13m ounces, estimated to be produced within 30 years since the beginning of exploring the project.

And what is your company’s performance in this regard?

Well, operating expenses for the producing of gold recorded over $2.6bn, while investment costs exceeded $1.3bn. Actually 58% from this cost was injected into the Egyptian market. Also the gold imports from Al Sokari shape 2% of Egypt’s exports.

What is the estimated workforce in the mine?

About 4,500 labourers is the estimated workforce in Al Sokari, and we deal with 100 suppliers and more than 50 contracting companies.