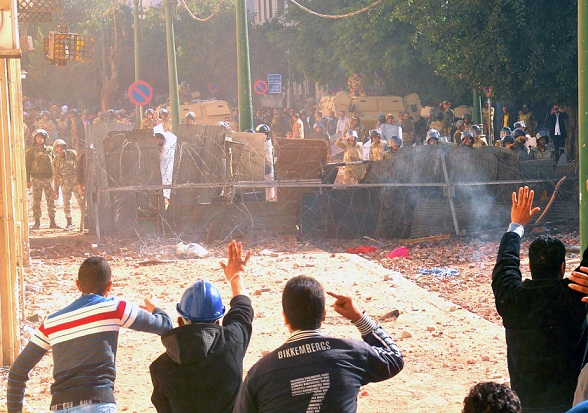 The Giza Criminal Court sentenced on Saturday 10 defendants to life in prison on charges of committing violence in 2011 at the cabinet’s headquarters in the case known as the “cabinet clashes”.

The court also sentences two minors to 10 years in prison, while it acquitted other two defendants.

The cabinet clashes case dates back to 2011 when demonstrators organised a sit-in at the cabinet’s headquarters, protesting the appointment of Kamal Al-Ganzouri as a prime minister by the Supreme Council of Armed Forces. The military and police attempted to disperse the sit-in, resulting in deadly violence that lasted for four days.