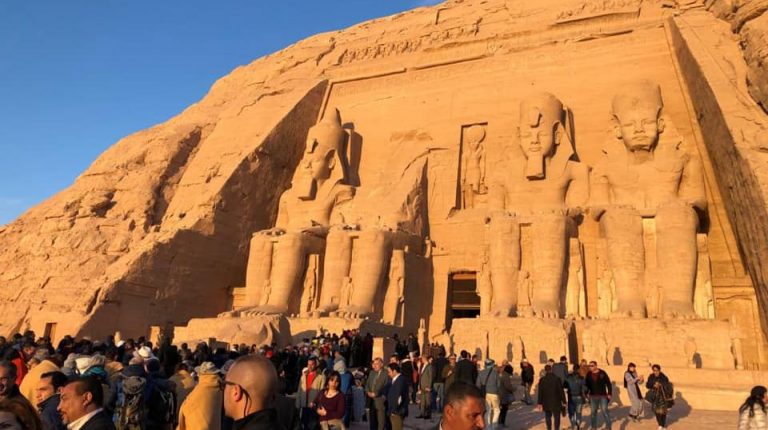 The sunrise came on Friday differently than any other, illuminating the features of over 3,000-year-old statue of Ramses II in Abu Simbel Temple in Aswan. 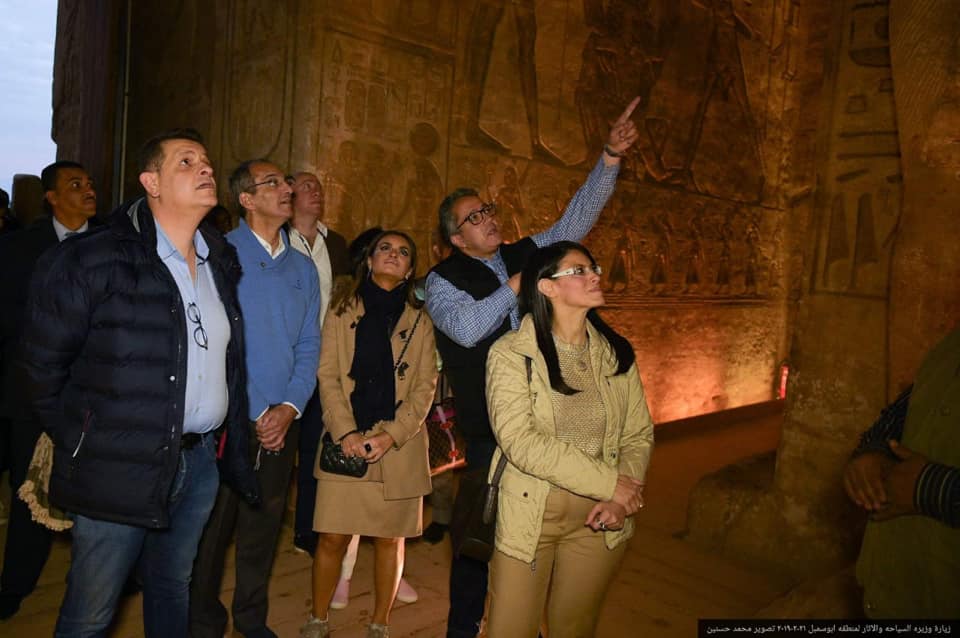 About 6,500 tourists gathered at the temple before dawn to witness the sunrays revealing the features of the beloved pharaoh. The illumination was attended by Minister of Antiquities, Khaled Anany; Minister of Tourism, Rania Al-Mashat; Minister of Investment and International Cooperation, Sahar Nasr; Minister of Culture, Inas Abdel Dayem; Minister of Communications, Amr Talaat; and Governor of Aswan, Ahmed Ibrahim, as well as 22 ambassadors and diplomats from African countries, including ambassadors of Cameroon, Ghana, Mali, Guinea, and Cote d’Ivoire.

Astonishment, enthusiasm, and thrill were the taking over emotions of the 20-minute phenomenon, as the sunrays fall on the 22-metre-long statue slowly starting from face of the statue, expanding to the surrounding giant statues.

According to a press release published by the Ministry of Antiquities, ambassadors expressed their enthusiasm and administration of this phenomenon as some of them were watching it for the first time. They were also keen to take photos with the Minister of Antiquities to document their visit.

Last week, Hussein Abdel Basir, director of the Antiquities Museum at the Bibliotheca Alexandrina told local media outlets that this phenomenon of Ramses II is a “proof of how genius the ancient Egyptians were in engineering, astronomy, and spirituality.” 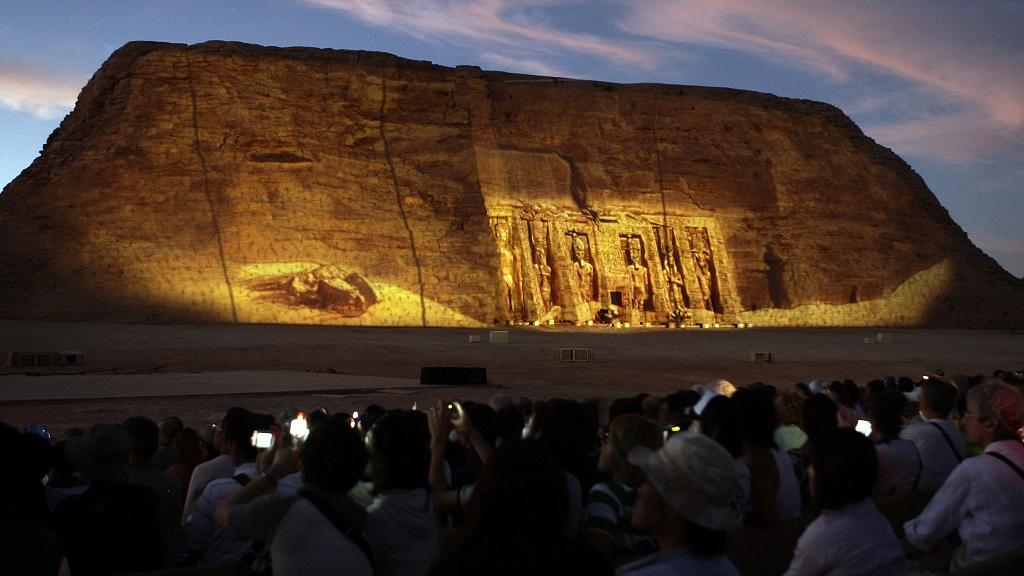 Abdel Basir added that “one of the most beautiful features of the Abu Simbel Temple is the penetration of the sunbeam to the temple’s main door to shine directly on the face of Ramses II twice a year in a dazzling geometric and astronomical persistence.”

The temple was discovered in 1817 at the hands of the Italian discoverer Giovanni Belzoni, who travelled to the site based on the description of the Swiss traveller Jean-Louis Burckhardt.

The temple was relocated in 1968 from its original place where it was built ages ago, right after building the High Dam in Aswan and Nasser Lake which resulted in the increase of water level in the region which was threatening the temple.

The event was followed with a small celebration for the ambassadors as an attempt of boosting tourism in Egypt.

Abdel Dayem stated that this event is a strong start for Egypt’s presidency for the African Union. She explained that illumination of the sun comes in parallel with other cultural and art events in Aswan which aim to revive Egypt’s tourism.