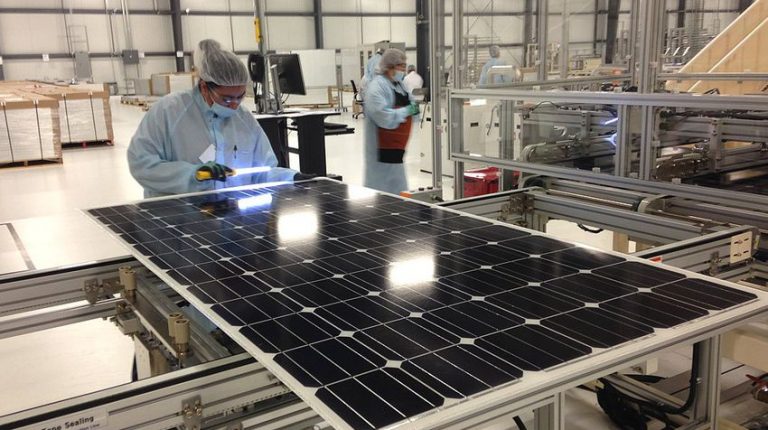 China’s GCL Group has entered negotiations with the Ministry of Military Production to launch a complex of solar panels production.

The Investment and Development Director at GCL, Allen Gai, told Daily News Egypt that negotiations and consultations have taken place with officials of the Ministry of Military Production over the past two months over establishing a solar panel complex.

The GCL has agreed with several banks on funding the project, however, the financing agreements will be revealed in a different time.

Regarding the attempt to establish conditional agreements before contracting with the ministry, Gai stressed that discussing contractual details was not allowed, however, it is safe to say that GCL seeks a long-term investment.

Workers will be trained on the production lines and will be offered engineering consultations as well as enable them to work and maintain the factories of solar panels production.

Egypt has obtained a grant worth KWD 200,000 from the Kuwaiti Fund for Arab Economic Development in order to complete the feasibility studies of the complex.

According to the ministry, the industrial complex will be established over five stages, starting from extracting pure Egyptian quartz through manufacturing metal and poly-silicon and manufacturing solar cells and panels.

The ministry is seeking to benefit from the expertise of the Chinese company to localise the technology of establishing solar panels and covering the local market’s needs and exporting to Arab and African countries.

Gai said that the GCL will not be implementing the solar panel complex alone, however, it is always seeking partnerships and concluding contracts that satisfy all the parties involved.

He said that his company is allying with another company to compete over a tender launched by the Egyptian Electricity Transmission Company (EETC) to establish a solar energy plant with a capacity of 600MW.