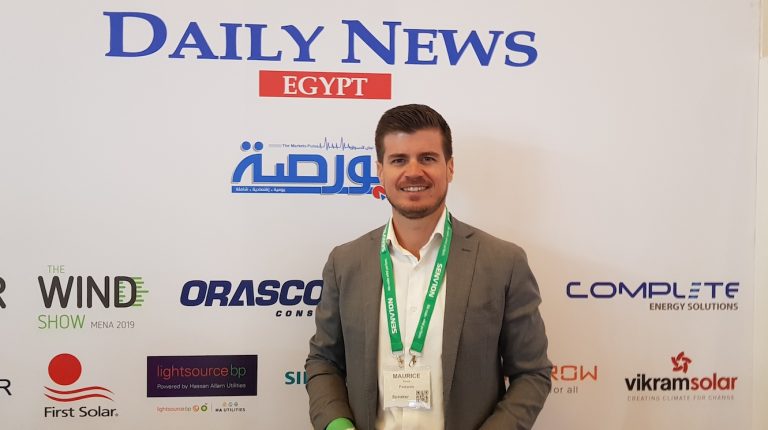 Pawame, a distributor, financier and after-care support provider for small residential household solar home systems, was established by Maurice Parets, the CEO, in 2016, aiming to deliver electricity to off-grid communities in sub-Saharan Africa,.

Parets was one of the speakers in the Solar Show 2019, which was held in Cairo this month. Daily News Egypt interviewed him to understand and know more about his company. “Our residential household solar home systems are tended to serve off-grid communities, because they don’t have an access to electricity, and they are estimated to be 600 million people in Africa, who live in areas that cannot be reached in a cost-effective matter. So the way these communities are going to be served in the longterm is through fully distributed small scale solar home systems.” he said.

The company is currently operating in Kenya, where it reached over 7.000 households with investments of $2.9m.  “We manage our business a little bit differently than a traditional centralised utility scale project. Our consumers cannot afford to pay cash for the solar home systems, therefore we finance them with a loan, so that they can buy the systems and pay it off slowly over time, and that is what makes the systems affordable for low-income off-grid communities.” he added.

According to Parets, the firm is now at the stage where it has validated the business model and strengthened the quality of the loan portfolio, which made it possible for them to tap in debts, to be used to finance the inventory and supply chain.

Furthermore, Parets thinks there has been exploding interest in solar energy in the MENA region in the last five years, and it became competitive with legacy power sources, so potential investor- including governments-changed the way they look at solar energy solutions, because in the past they viewed it as a technology that needed subsidies in order to be competitive.

He believes that solar energy will continue to get increasingly cheaper, which makes it the power source of the future, particularly in countries like Egypt which is rich with sun. “We are very interested in speaking to potential partners in Egypt, as there are some areas here where we can provide our services”.