A suggestion by a local official to apply a uniform on all teachers, males and females, brought different reactions to the surface, among tutors who criticised what they viewed as the state’s indifference to their essential and real requirements.

Last week, the Governor of the New Valley, Mohamed Al-Zamlout, launched a new initiative to obligate teachers and administrative officers of the education ministry at the governate to have a uniform on.

The initiative, which has already come into effect at some schools of the governate, drew criticism among teachers across the country who wondered about the significance of such initiative, and who will also pay for such an outfit. 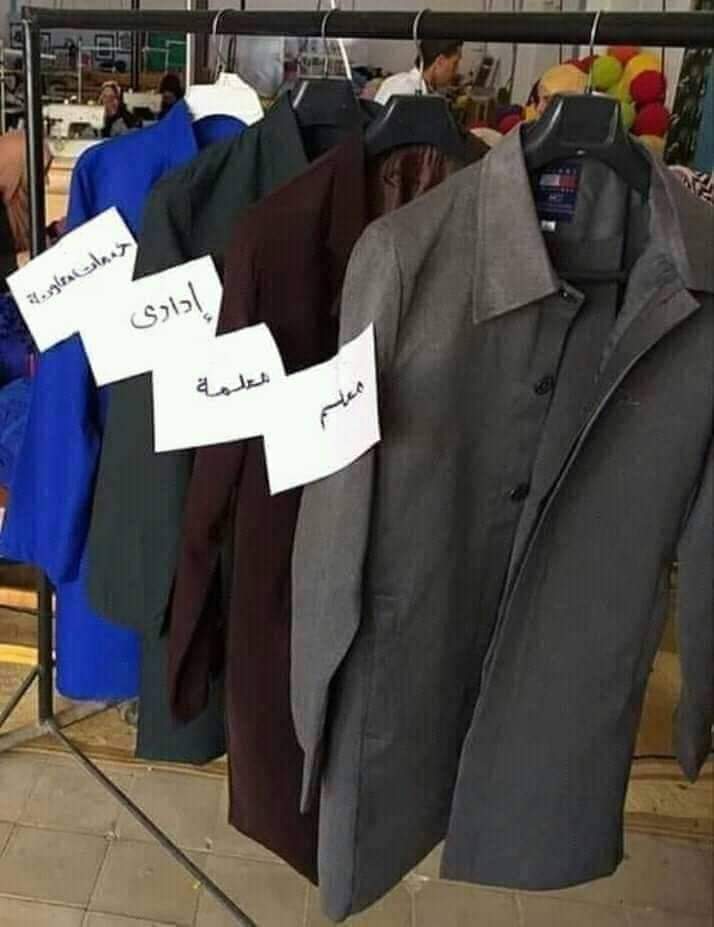 Al-Zamlout argued that the costume will restore the appreciation and respect of teachers. “It is an initiative suggested by the governate,” Al-Zamlout said in press statements.

He added that the initiatives came after a meeting with some teachers in the governate. “We discussed a uniform for tutors, and they chose grey. However, the outfit will only be inside the school.”

Al-Zamlout defended the idea, arguing that it aims to allow schools to be more beautiful and organised, as well as “eliminating social inequalities between teachers.”

On social media, the initiative drew considerate attention, as users, not only including teachers, criticised and mocked it. They censured the priorities of the ministry of education and its plans to improve the conditions of teachers. However, the Minister of education, Tarek Shawki, denied that the ministry launched that initiative, yet he praised it.

Shawki denounced the criticism and sarcasm directed at the initiative on his Facebook account. He asserted the ministry’s determination to cooperate in order to address all the reform attempts, as well as to develop new ideas through holding positive dialogue.

Meanwhile, Twitter users expressed their opposition over the last few days. Some attached ironic photos and mocked the uniform. Some photos were circulated featuring teachers wearing a grey coat at their schools, users said that these photos were taken in schools of the New Valley governorate. “Is this what you call developing?’ one tweeted. While another said, “We live in a ridiculous film.”

Egyptian teachers have been reporting facing different challenges during their work inside public schools. They demand increasing their salaries and bonuses. They kept complaining about the overloaded classes which could exceed 100 students in one class.

Marwa Mohamed, a teacher aged 32, said that there are more significant issues that need to be tackled, rather than a suggestion for an outfit for the teachers.

“Overcrowded classrooms are a major challenge. There are more than 100 students in each class. How can we teachers handle this? Additionally, how could students bear such circumstances,” Marwa told Daily News Egypt. 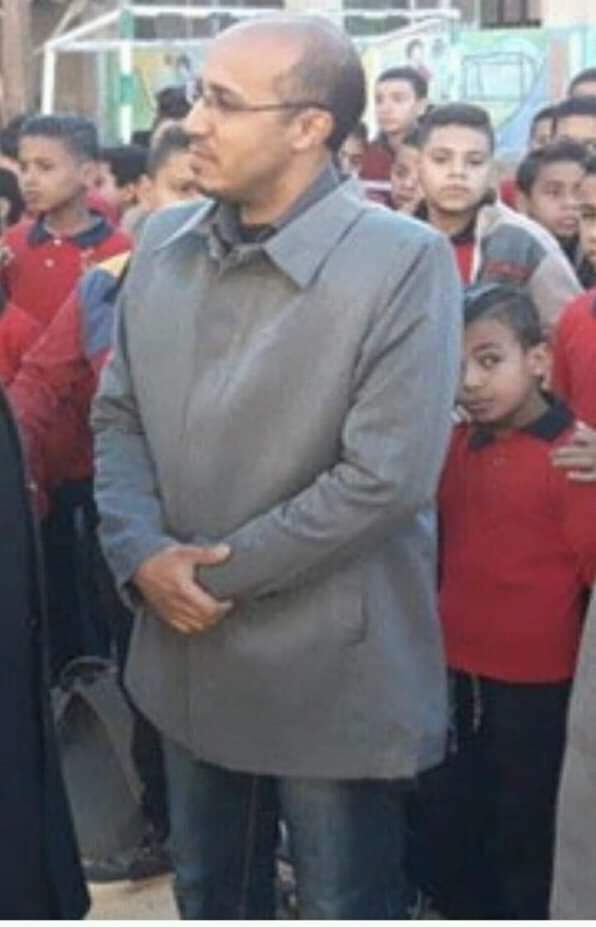 Marwa also mentioned another challenge, as they do not have a permanent health visitor at the school where she works. “There is only one health visitor for every three schools. If a student gets sick or injured, we have to depend on our personal efforts. Either one of us can take them to a nearby hospital, or we eventually call their parents,” Marwa noted.

Marwa started working as a teacher in 2015. She only gets paid EGP 1,400 on a monthly basis. However, Marwa said that she is luckier than her older colleagues. “I know teachers who have been working for 20 years and they only get EGP 2,000 per month,” Marwa explained.

Back to the uniform issue, Marwa revealed that the initiative faces considerate disapproval in her school.” They disagree with such initiative, as they see other things as more important, such as their salaries or schools’ conditions.”

On the other hand, Marwa hailed the ministry’s new curriculum saying that it is better, but she still insisted that the huge numbers of pupils inside each class remains a major challenge and makes their mission, as teachers, more strenuous.

“I have kids who are daily complaining that they are not comfortable with their seating. Sometimes, I offer my chair for them. This is more important to be tackled,” Marwa emphasised.

In September of last year, the education ministry said that in order to eliminate the over crowdedness crisis in public schools, the ministry needs to establish 22,000 classes with the cost of EGP 100bn.

What is the point?

On Facebook groups, teachers launched a hashtag demanding a raise in their salaries which have not increased since 2014, they said.

On the uniform, they rotated in expressing their rejection to the concept itself, alleging that launching such initiative aims to distract them from their essential demands.

Hisham Lotfi, 42, a teacher, wondered if the uniform is to be effectively applied, who will pay for its cost? 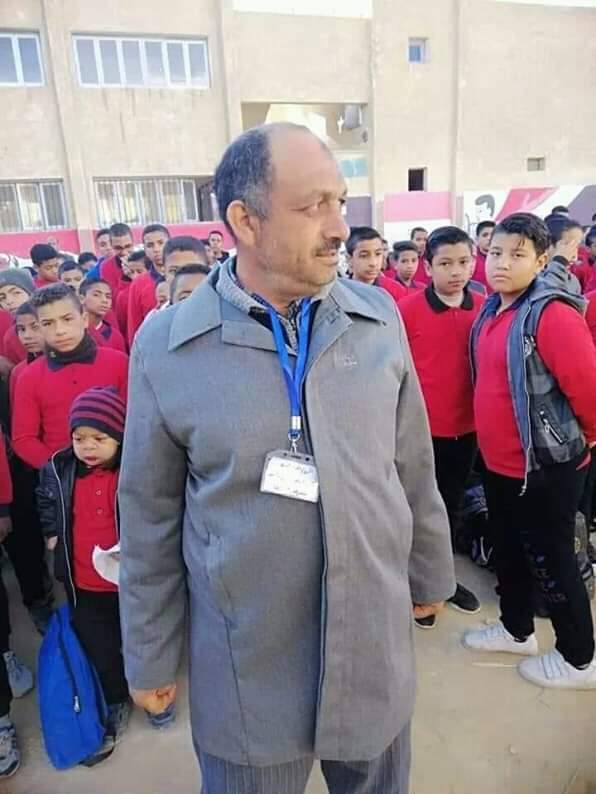 “What is the point of a uniform for teachers? Respect? Appreciation? This is not what will give teachers dignity or prestige. What will satisfy them is to be fairly paid for their substantial efforts,” Lotfi told DNE.

Lotfi asserted that teachers need better circumstances in order to excel at doing their job. He added that teachers are not appreciated, neither finically nor morally. “Teachers are the most important sector in the society. They are the ones responsible for educating and schooling generations. They are not less than doctors or police officers,” Lotfi maintained.

Back to fascist times

Kamal Mughit, an education expert and a researcher at the National Centre for Education Research, said that the initiative is meaningless, noting that its disadvantages are more than its benefits.

“Teachers are not doctors or police or army officers to commit to a uniform. Such initiative only represents a return of the fascist times and the past period,” Mughit informed DNE.

Mughit added that Egyptian teachers suffer from many issues which should be tackled. “Teachers need to get a fair pay and better working conditions in order to do their job more efficiently. Unfortunately, teachers are poor, desperate, and frustrated over their conditions, “Mughit maintained.

Mughit further wondered who will pay for the outfit? will teachers be committed to a specific colour or a specific style? Or they will have the freedom to bring their own clothes based on a chosen colour?

Furthermore, Mughit maintained that the ministry has to pay more attention toward improving the educational system, building new schools to tackle the challenge of overcrowded classes, in addition to developing the curriculum.

“Teachers are not satisfied, and they need to be taken care of,” Mughit concluded.