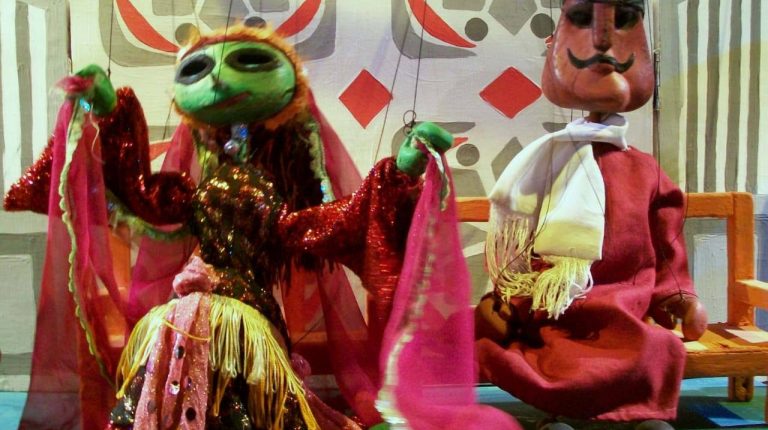 A little child sits in front of the big theatre looking passionately with glittery eyes at the puppets moving at the stage, teaching him life lessons that will be carved in his memory for years to come. As this child was following a puppetry in which a knight was fighting for justice sacrificing his life to save those who are in need, the goal of Hakawy International Arts Festival for Children seemed to be attained.

The 9th edition of Hakawy (stories in Arabic) will kick off on 4 March. The festival presents various types of theatre arts, such as puppetry and musical theatre, as well as modern dance.

For 12 days, children will be entertained with various shows under the umbrella of theatre performances.

The festival will be sponsored by the AFCA Foundation for Arts and Culture, an independent entertainment organisation targeting teens and children in Egypt.

The international arts festival brings different troupes from all over the world. Eight shows from Arab and European countries will be performed along nine other Egyptian troupes, all within the same time framework of master-classes, workshops, and lectures led by  Dutch artists who also have three performances at the festival.

“The festival is going through major shifts as we tackle the industry from a wider perspective. This year, we have an increased number of international shows. We showcase a larger number of Egyptian troupes. Over ten international delegates, directors of international festivals and theatres will attend Hakawy. This and many other factors will add to the building-up of the Hakawy’s anniversary edition,” Mohamed El Ghawy, the founder and artistic director of the Hakawy Festival and AFCA, said in a press release.

The festival will be hosted in three cities, Cairo, Alexandria, and Tanta.

This year’s edition will witness larger participation from Egyptian performers, El-Ghawy said, adding that it would be “an opportunity to present local productions to international art practitioners, theatre, and festival managers, and the delegates who will attend the Hakawy Festival.

“We want to provide a platform for Egyptian theatre practitioners to present their work. Among our core mission elements is not to be limited to importing art but also to serve as a creative exporter of the Egyptian theatre talents, performances, and the many values that they present,” El Ghawy added.

Bamboozle Theatre from the UK is coming to Egypt to present a troupe of autistic children, who perform several plays to both families and children.

The festival sees the light in its ninth edition, supported by many partners including the Dutch Performing Arts in Netherlands; the British Council in Egypt; the French institute in Cairo; the Danish Egyptian Dialogue Institute in Cairo; The Goethe-Institute in Cairo and Alexandria; the Embassy of the United States of America; the Embassy of the United Kingdom; the Embassy of the Netherlands, the Egyptian Tourism Authority; the Ministry of Culture, the Hanager Arts Centre; the Falaki Theatre in Tahrir Culture Centre; Megawra (Built Environment Collective); Bibliotheca Alexandrina; Jesuit Cultural Centre (Alexandria), AUEED (Association of Upper Egypt for Education and Development) in Minya, among others.