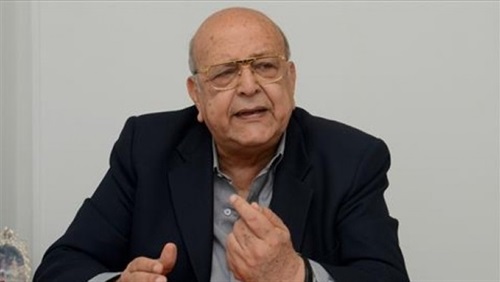 The Deputy Minister of Housing for National Projects, Khalid Abbas, and officials from the ministry of housing, and the chairperson of the Egyptian Federation for Construction and Building Contractors were among the attendees who met in order to discuss the problems of the real estate market.

The developers presented the current problems facing the sector, and the importance of establishing such a federation for developers.

Hussein Sabbour, the chairperson of Al-Ahly for Real Estate Development, told Daily News Egypt that all developers demanded drafting an article which stipulates that developers should not be imprisoned in case of non-compliance or violation, and rather impose a financial penalty in those cases.

Sabbour explained that this article creates a fair balance between developers and customers, by ensuring customers’ right to get their money back, and at the same time, will not threaten developers with imprisonment.

He pointed out that the main points which were emphasised during the meeting were calling for the formation of a federation of real estate developers in order to be an entity responsible for regulating the real estate market, and categorising developers according to their financial and technical abilities in order to provide land for each developer according to his/her financial and technical feasibility.

Additionally, Sabbour revealed that the meeting ended without specifying another date for a second one to discuss the draft law, expecting that no other meeting will be held, and that the ministry will review the draft and submit it to the parliament’s housing committee.

He also explained that a final draft of the law is scheduled to be submitted to the cabinet within two months.

Sabbour further stressed that this law is important for the market, pointing out that the market witnessed an emergence of a large number of real estate investors during the past period, with some of them having no experience or financial solvency, which roused the government’s fears on the ability of these companies to implement these projects. Therefore, establishing a responsible body for the classification of real estate developers will ensure that the customers are protected.

Therefore, he pointed out that the developers demanded a balance between the two parties, and ensuring the protection of the real estate developers’ rights as well.

President Abdel Fattah Al-Sisi instructed Prime Minister Mostafa Madbouly to issue all the laws which the real estate sector needs, including the issuing of a law to establish a federation of real estate developers.

Omar Watani, a member of the parliament’s housing committee, noted that gathering all the issues of the real estate sector in one entity is a very important step in order to guarantee the market’s regulation, and to secure the customers’ financial rights.

Watani added that the bill aims to create an insurance fund, which is one of the mechanisms that will help guarantee the money of clients and depositors, explaining that the fund will be backed by membership fees.

He noted that in the case of any project faltering or becoming suspended, the insurance fund will intervene to guarantee the clients’ funds and the right of the state.

He elaborated that the value of the fines imposed by the draft law on developers, even in the case of delays in the units’ delivery or announcing off-plan projects without having licences, are not high, however, it helps prevent violations and fraud in the sector.

He concluded that the draft law, along with the other bills being discussed in the housing committee, will be integrated and will push the sector to achieve more growth, in addition to assisting in controlling the real estate market more properly.

Shoukry added that this prohibition is in favour of the client in order to secure their rights and protect them from fraud.

Moreover, Shoukry explained that obtaining a ministerial decision for projects is important to enable reservations or bookings in projects, which applies for developers and big companies. He added that obtaining building permits for small buildings and activities is important even the units are still not built.

The article related to obtaining licences will not affect the companies’ financial liquidity because they can sell their units before building them, but on the condition of obtaining building permits beforehand, Shoukry also noted.

Finally, he pointed out that the article will contribute toward organising the real estate sector, and will prevent random and informal building.