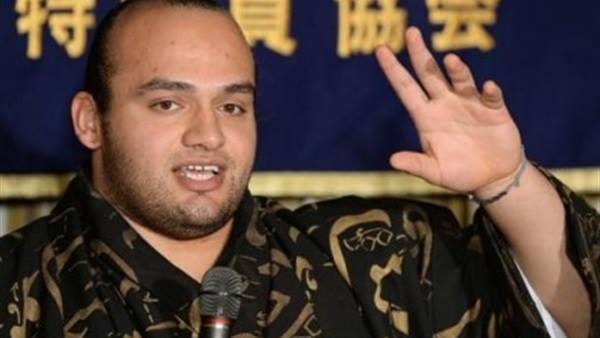 In its first commercial screen after participating in local and international film festivals, Boody: The Sumo Pharaoh, was screened at Zawya on Sunday.

Abdelrahman Sha’lan “Boody”, known by his wrestling name ‘Osunaarashi’ (the great sand storm), is the first Sumo wrestler of his kind ever to make it to the professional Sumo world in Japan. He is celebrated for being one of the strongest high-ranking Sumo wrestlers.

Furthermore, Boody was dubbed the desert storm for his one of kind abilities in wrestling which was not met by any of the Middle East’s wrestlers. He was the only wrestler from the region to win the Professional Sumo League. He met President Abdel Fattah Al-Sisi and was named as ambassador of Egyptian tourism in Japan.

The documentary reveals Boody’s journey from Al-Bagalt, a small village in Egypt, where he grew up, all the way to Tokyo, right into the one-of-a-kind professional Sumo world.

His journey was chronicled in an hour-long documentary by 25-year-old Egyptian-Japanese filmmaker.

Riad is known for writing and producing her own works. The documentary will be screened in the festival’s long feature films section. She wrote and directed the short film ‘Bela Rouh’ (Without A Soul) which won an award at the National Film Festival for Talented Youth in Seattle.