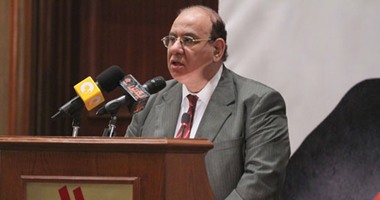 The General Union of Non-Governmental Organisations (NGOs), headed by Talaat Abdel Qawi, will hold on Tuesday the first social dialogue over the proposed constitutional amendments with a number of civil society organisations.

During the meeting, NGOs representatives will view the proposed articles, explain the amendments and discuss them. Fourteen articles will be amended, including eight new articles which will be added to the Constitution.

This comes in order to expand the circle of community dialogue on the amendments. After its completion, it will be sent to the president of the House of Representatives to be forwarded to the constitutional and legislative committee.

Last week, senior members of the state-owned General Union of NGOs decided to host dialogues with different civil society representatives in order to hear their views regarding the proposed amendments of the 2014 Constitution, and they will request Abdel Aal to invite the members of civil society organisations to attend hearing sessions in order to provide their views and suggestions to the legislative committee.

Previously, the Head of the constitutional and legislative affairs committee, Bahaa El-Din Abou Shoka, said that the referendum on the constitutional amendments is expected be held before May, during a televised interview with TV anchor Ahmed Moussa.