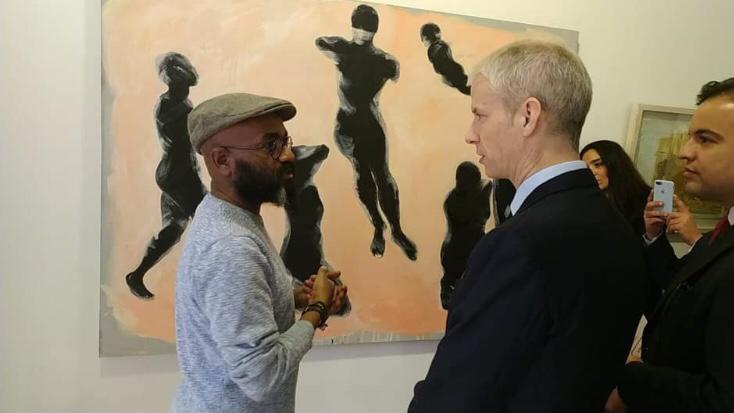 When the group of young and amateur artists who are showcasing their art work at Zamalek’s SOMA Art Gallery were conscientiously working on their portraits, the image of the French Minister of Culture paying a visit to praise their work did not cross their mind. However, what seemed initially as impossible, turned out to come true after all and manifested in front of their eyes. 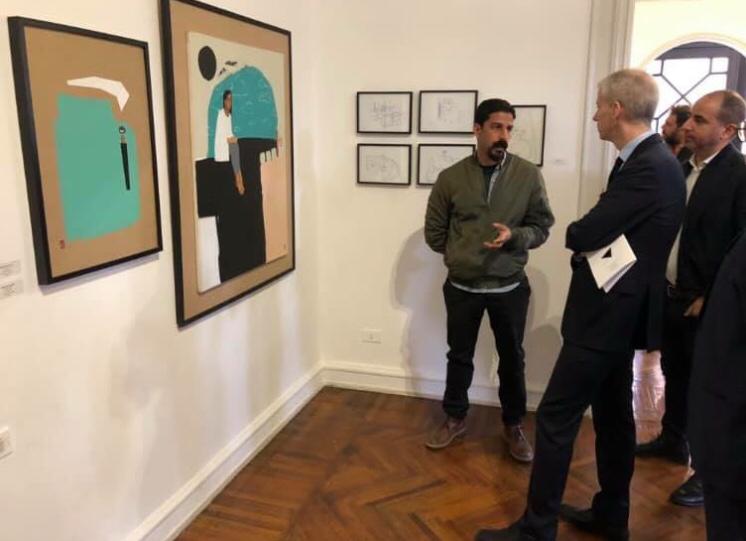 The French Minister of Culture, Franck Reister, visited the SOMA Art Gallery in an exclusive short visit to contemplate the work of 20 emerging young artists, who are just starting their professional art careers.

Taking a look at the young artists’ work came with the aim of featuring the artistic assets and creations of emerging Egyptian artists.

During the minister’s visit, he was accompanied by Mohamed Bouabdallah, the director of the Institut Français D’Egypte, with the presence of Samir Naguib and Khaled Hamza, the founders of SOMA.

Reister expressed his thrill with the artwork, assuring the importance of further cooperation between Egypt and France in the art field.

“The French Minister was impressed with the progress and advancement of the Egyptian art scene and stressed on the importance of the exchange of arts and culture for the development of humanity,” the press release stated.

For his side, Naguib, the founder of SOMA, highlighted the importance of uniting all galleries and cultural institutions in order to promote the artistic assets of Egypt and to introduce them to a broader international audience.