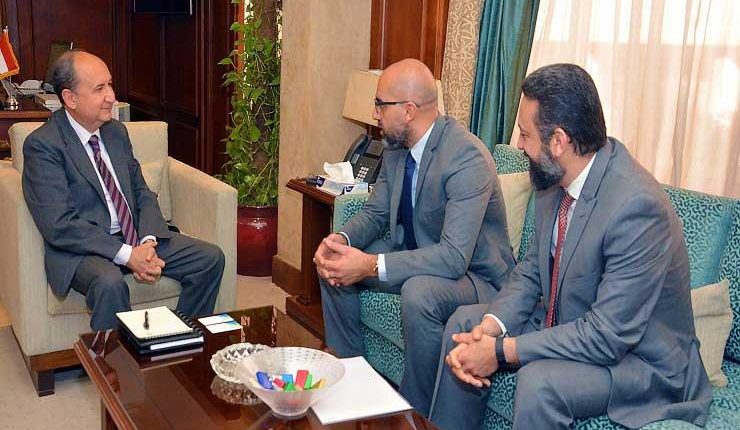 The value of Procter & Gamble Company’s (P&G) investments in Egypt reached EGP 3bn, according to Tamer Hamed, the regional director of P&G for Egypt and Near East.

Hamed mentioned during his meeting with the Minister of Trade and Industry, Amr Nassar, on Tuesday, that the company has been operating in the Egyptian market for more than thirty years, adding that it provides about 1,500 direct jobs and 10,000 indirect jobs.

“There are more than 100 Egyptians holding senior management positions in P&G, which reflects the successful partnership between the company and the Egyptian people,” Hamed stated.

He added that the company is exerting great efforts to empower women and maximise their role in the Egyptian society through their various social activities, pointing to the importance of activating cooperation between the public and private sectors in this regard.

“The company is constantly expanding in the Egyptian market by increasing the quantity and productivity of its production lines,” Hamed said.

He pointed out that the company is keen to increase its investments in the Egyptian market being a strategic and manufacturing hub for the Arab countries, Africa, and Europe.

For his part, Nassar stressed the government’s keenness to provide all success elements in the market to obtain the confidence of international capital and attract major investment companies to work and expand in the Egyptian market.

The minster also emphasised the importance of expanding the company’s projects in the Egyptian and African markets, especially in the light of the ministry’s plan to develop joint economic cooperation with major countries in the east and west of the continent and help them to build a manufacturing base with Egyptian expertise.

He also noted that the ministry plans to establish more logistics centres in African capitals and major cities, which would serve the company’s export plans for the continent.

P&G is the world’s largest producer of consumer products. It has around 92,000 employees and branches in 70 countries across the world.