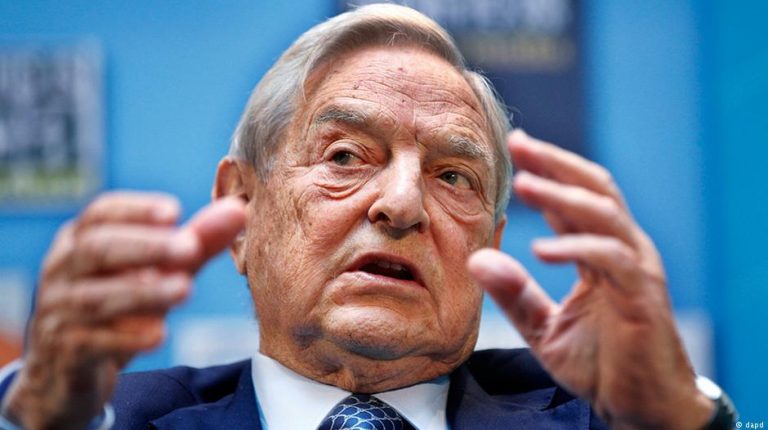 SFS Ventures is a vehicle that includes a fund backed by US-Hungarian billionaire philanthropist George Soros. It's is buying the remaining 60 percent and is a Czech joint venture between Sourcefabric, founded in Prague in 2010 to support independent journalism worldwide, and Media Development Investment Fund (MDIF), a fund for independent media that received seed financing from Soros' Open Society Institute.

MDIF said the purchase would not mean any changes in Radio Zet, which has remained independent of the ruling Law and Justice (PiS) party as it has sought to ‘repolonize' public media and financially undermine independent commercial media since coming to power in late 2015.

Pro-government publishers, some backed by loan guarantees from state-owned banks, had wanted to buy Eurozet, including Fratria, the owner of the wpolityce.pl website.

PiS has called the sale a threat to the pluralism of Polish media. "PiS along with Chairman Jaroslaw Kaczynski at its head, believe that the state should do everything in its power so that stock speculators will not increase their influence over the media market," Beata Mazurek, spokeswoman for PiS, said on Twitter in January.

Krystyna Pawlowicz, a PiS MP, wrote in an op-ed for Radio Maryja, the idea of an apolitical media is a "harmful idealized myth" that makes it "harder to govern."

Kaczynski does not hide his distate for Gazeta Wyborcza and the feeling is mutual, insiders at the paper say. Kaczynski said in 2018 that the newspaper disseminates "liberalism, anti-traditionalism, anti-Catholicism" and was "against the very notion of the nation." He accused it of using the "pedagogics of shame."

Government ministers have forbidden government institutions to advertise in the paper and canceled subscriptions for government offices and courts. It has also tried to starve several independent print media outlets such as Polityka and Newsweek Polska by restricting advertising from public funds. According to Freedom House, this is part of a wider attempt "to weaken checks and balances, silence independent voices and control the public sphere."

Agora last year reported its biggest drop in revenues since 1989, mainly due to a fall in ad sales, especially in its press segment.

Gazeta Wyborcza insiders said they are worried that if PiS wins the election later this year, the government will follow in the footsteps of Viktor Orban's media clampdown in Hungary. Gazeta Wyborcza recently spilled the beans on a scandal involving Kaczynski and expects to be hit hard if PiS wins elections set for no later than October.

On April 2016, a draft Law on National Media outlined what it called a transformation of public radio and television broadcasters into "national media." The bill obliged public media to disseminate the views of the prime minister, the president and speakers of parliament and stated that public media should "preserve national traditions, patriotic and Christian values and strengthen the national community."

European Digital Economy Commissioner Günther Oettinger criticized the law and warned the government it may endanger freedom of speech. The then PM Beata Szydlo rejected the criticisms and said her government had not breached Polish or EU laws.

In December 2016, the Constitutional Tribunal declared parts of the media law unconstitutional and when Beata Szydlo was replaced by Mateusz Morawiecki as prime minister in December 2017, it was announced that the new head of the government would stop propaganda in public media.

In Poland's media, objectivity is being replaced by an emerging "journalism of identity” — ideologically engaged narratives that help build a community of like-minded audiences — developed and introduced by the country's right-wing media, media expert Krzysztof Dzieciolowski argues.

Polish print media and radio outlets are mainly private and diversified in terms of ownership, however foreign, especially German ones, control around three-quarters of the Polish media market, according to the European Journalism Center. The main domestic competitor is Agora.

The two major private radio stations are in the hands of German and French companies, respectively, but play mostly music and entertainment.

Out of 19 companies publishing national dailies, nine are of foreign capital and 10 have Polish owners. All the major papers are owned by Polish capital, including the most popular weekly magazines — with the exception of Newsweek and the most popular tabloid, the German-owned Fakt.

"The Eurozet deal tells us that Gazeta remains strong given the PiS redirection of the state companies advertisement funds," Dzieciolowski says. "And also that they have strong backers."

"This is like a fortress being defended, given PiS' appetite for mainstream media," he says.

Radio Zet has had a lot of internal problems, declining audience numbers, but has political influence and big symbolic value, Dzieciolowski goes on. "But in the long run this deal will only increase the level of partisanship and polarization among Polish journalists. And I don't think there is ‘objective' journalism performed in Poland these days."

Boguslaw Chrabota, editor-in-chief of the center-right daily Rzeczpospolita, dismisses claims of political pressure on the private media sector, telling an audience in Warsaw recently that "we have a formal and material guarantee of freedom of speech in this country, and I don't have the feeling that there are any dangers to our operations. […] However, I'm just talking about private media."

Chrabota's newspaper has seen a 20 percent fall in its revenues since the government blocked public companies' financing news outlets, but thanks to a diversified revenue model, it has suffered less than other publications, he says. According to Chrabota, "Gazeta Wyborcza is on the barricades […] And the problem is that they have lost maybe 50 or 60 percent of their income."

Roman Imielski, the news editor of Gazeta Wyborcza, says if PiS wins the election later this year it will come down hard on his newspaper. "We have made it clear that people should vote for any parties other than PiS, but not to save us, to save Polish democracy."