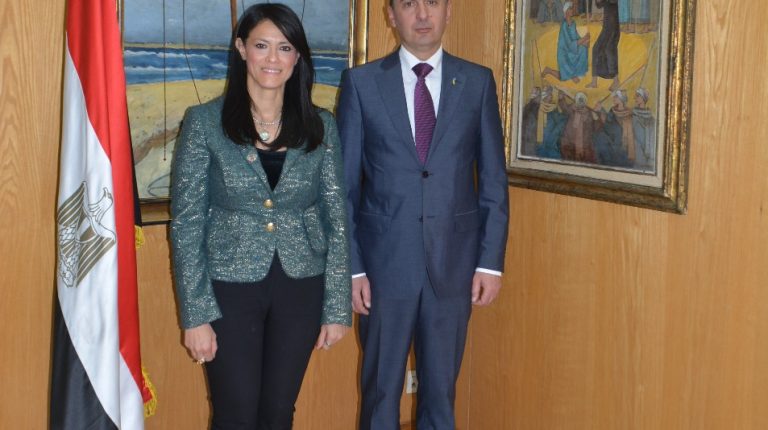 During his meeting with the Egyptian Minister of Tourism, Rania Al-Mashat, Latii said that there are 110 flights between the Ukrainian and Egyptian cities.

The Al Alamain International Airport is one of two airports that serve the New Al Alamain City.

Both sides discussed means for enhancing cooperation in the field of tourism and increasing the tourist influx from the Ukrainian market.

Latii stressed his country’s interest in cooperation with Egypt in the political, economic, and tourism fields, pointing out that the Ukrainian people know a lot about Egypt and have a great desire to visit it and learn about its civilization.

For her part, Al-Mashat assured the depth of the Egyptian-Ukrainian relations in many fields, including tourism.

She added that the Ukrainian market is one of the most promising markets for Egyptian tourism, ranking second among top ten tourist exporter countries to Egypt in 2018.

The minister also discussed with Latii the promotion and activation of the structural reform programme for the development of the sector, which includes targeting new tourist markets through which the ministry will diversify the target tourist markets.

At the end of the meeting, the ambassador invited Al-Mashat to visit Ukraine to exchange information and discuss ways for boosting bilateral cooperation to promote the Egyptian tourism.