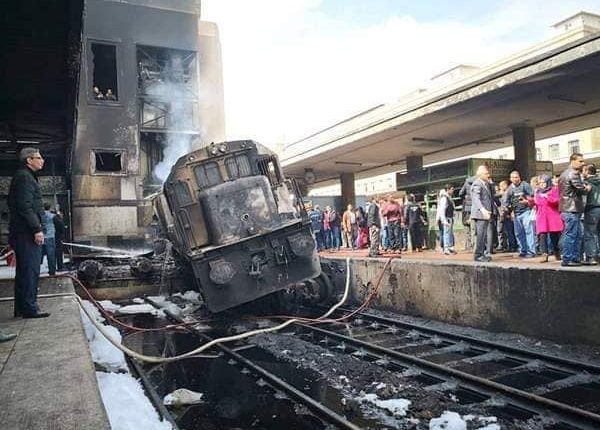 Around 25 people were killed and 40 others were injured in a huge fire in one of the locomotives of a train at the Ramses Railway Station on Wednesday, according to state TV.

Ramses Railway Station ‘Mahatat Misr’ in downtown, is one of Egypt’s most crowded places.

In an interview with local media, the Minister of Health, Hala Zayed, stated that all the injured individuals were transferred from downtown hospitals to the Nasser Institute’s and Dar El-Shefaa hospital’s emergency departments in order to receive the needed medical treatment, adding that some of the injured are in a critical state.

Prime Minister Mostafa Madbouly visited the Ramses Station. He said that the life of every Egyptian is valuable to him and to the state. He added that anyone who is responsible for the incident will be held to accountability.

Egypt’s Railway Stations Authority said in a statement that the fuel tank of the locomotive has exploded after colliding with a concrete buffer stop, causing a huge fire which resulted in the casualties. Flames of the fire engulfed the platforms and the nearby buildings.