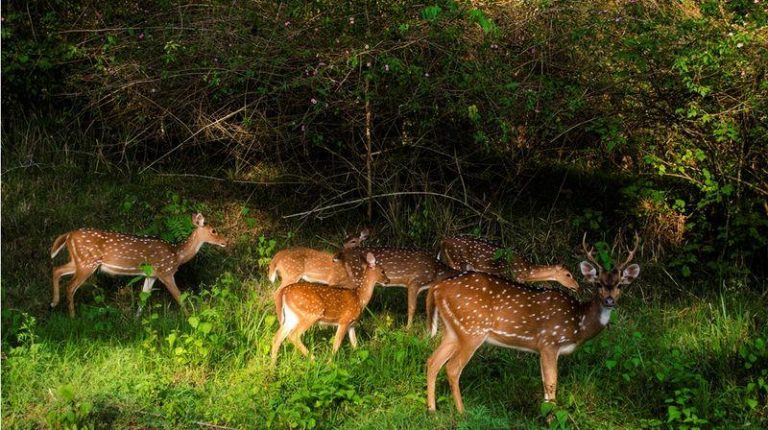 The Food and Agriculture Organisation (FAO) warned in a recent report that the biodiversity of food and agriculture in the Arab region is under serious danger. This is the first-ever report to analyse the state of plants, animals, and microorganisms that support food and agricultural production – at genetic, species, and ecosystem levels.

It is based on the analysis of global data and reports provided specifically-for this report-by 91 countries. Findings of the report presented mounting evidence that the biodiversity that underpins our food systems, at all levels, is declining around the world.

The report warned that once biodiversity is lost, plant, animal and microorganism species that are critical to our food systems, cannot be recovered, placing the future of our food under severe threat.

A significant number, 75% of the world’s food crops, depend, at least in part, on pollination. But bee colony’s losses are rising; 17% of vertebrate pollinator species are threatened with global extinction, rising to 30% for island species, according to the FAO.

Despite the rise of biodiversity-friendly practices, the report urges more efforts to be exerted to stop the loss of biodiversity for food and agriculture, calling upon governments and the international community to address, amongst other things, the major drivers of biodiversity loss.

The FAO pointed out the importance of conserving biodiversity, clarifying that 82% of the calories in the human food supply are provided by terrestrial plants, 16% by terrestrial animals, and 1% by aquatic animals and plants. According to the report, 33% of fish stocks are overfished, and 60% have reached their sustainable limit.

According to the FAO’s report which addressed the state of the world’s biodiversity for food and agriculture, a number of countries in the Middle East and North Africa (MENA) region are suffering of the impact of biodiversity loss on people’s lives and diets.

It has stated that Egypt is facing the impact of rising temperatures which will lead to northward shifts in ranges of fish species, with impacts on fishery production. In Morocco, urbanisation is one of the most serious threats to its biodiversity.

The rapid expansion of human settlements into areas that are rich in biodiversity for food and agriculture, and the removal of sand and rocks from sites such as coastal dunes and wade beds for use in construction are resulting in the loss of habitats and the species they shelter. 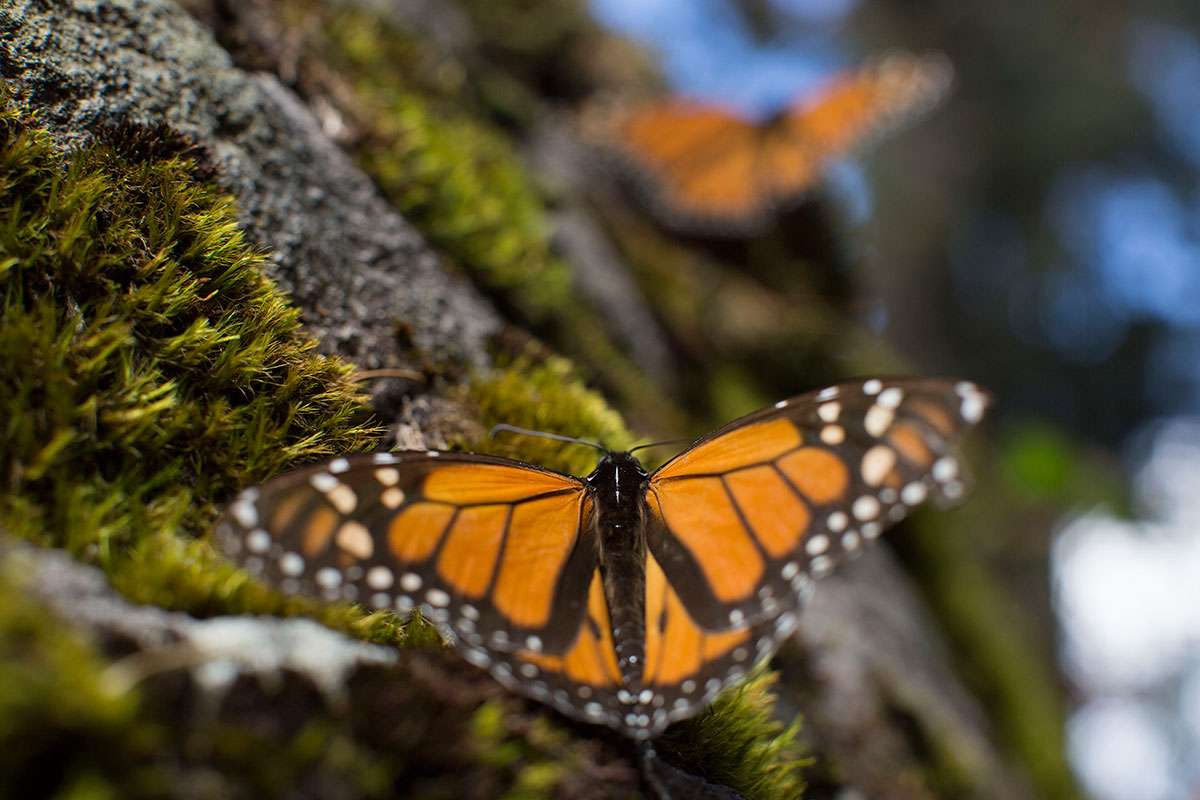 Biodiversity for food and agriculture includes both wild and domesticated plants and animals that provide food, feed, fuel and fibre, associated biodiversity, and the myriad of organisms that support food production, including bees and other pollinators; plants, animals and microorganisms (such as forest trees, mangroves, earthworms, ladybugs, rhizobium) that help purify water and air, keep soils fertile, fish and trees healthy, and fight crop pests and livestock diseases, according to the report.

Oman has witnessed a decline in wild foods, such as figs and berries from forest trees over time, because of the loss of pollinator populations, driven in turn by extreme heat, associated with climate change, and the effects of pests and diseases.

The impact of climate change is likely to reduce the availability of wild foods in Jordan, adding to the burden on women from traditional communities who will have to walk longer distances to find wild foods.

The report concluded that the drivers of biodiversity loss for food and agriculture in most countries are changes in land and water use and management, followed by lack of inadequate policies to preserve biodiversity, pollution, overexploitation, overharvesting, and climate change. Forests and coastal habitats are reported to be particularly at risk.

A considerable amount, 80% of the 91 countries mentioned in the report indicate that they use one or more biodiversity-friendly practices. These practices include organic agriculture, integrated crop–livestock, and agro-forestry systems, aquaponics, and conservation agriculture.

Conservation agriculture is already practised on 180m hectares-over 12% of global arable land-and has been increasing at a rate of 10m hectares per year for the last decade, according to the report.

Some countries in the MENA have implemented steps in the way of biodiversity-friendly practices such as Oman which has started using breeding programmes to improve local wheat and barley landraces, as these have shorter growing seasons and can be managed more flexibly, especially during years with prolonged periods of extreme heat.

Lebanon notes the conservation of a number of invertebrate species on farms because of their role in biological control. In Algeria, citizens are using a ‘ghout’ system, which is a traditional and complex hydro-agricultural system for food production in dry areas, where water is limited. It depends on cultivating lowlands in wades.

Answering Daily News Egypt’s question about why biodiversity-friendly practices are not sufficient despite the fact that they are on the rise, a team of four FAO experts said via email that the practices are on the rise but this is often from a low starting point. A lot of land is being farmed in a biodiversity-unfriendly way. Many fish stocks are being fished unsustainably.

Forest areas in many countries are still declining. Waters are being polluted, including by runoff from agriculture. Many rangelands are being degraded by poor management of grazing livestock. Vital coastal ecosystems such as mangroves, coral reefs, and sea grass beds are being degraded and destroyed.

All of this is being exacerbated by the effects of climate change. It also needs to be borne in mind that there is a lot which is to be learned about how specific management practices affect biodiversity.

In short, while there are some positive developments, their impacts are currently being jeopardised by those of negative drivers. This is why we need both to increase support for the implementation of sustainable practices (including improving research into their effectiveness) and tackle the factors that are driving biodiversity loss.

Responding to the question of how can loss of biodiversity for food and agriculture affect our lives, the researchers explained the following:

In many ways. Many of the crops we eat rely on animal pollinators. Without their natural enemies, the populations of crop pests would increase, threatening food supplies. Forests, grasslands, wetlands, and marine habitats are vital to the world’s carbon cycle. In a world where many people are already suffering as a result of the impacts of climate change, we cannot afford to lose the biodiversity that underpins these processes. Many ecosystems and the biodiversity within them help to purify our water and air, protect us from threats such as floods and storms, and provide habitats for species such as fish that many people depend for their livelihoods. 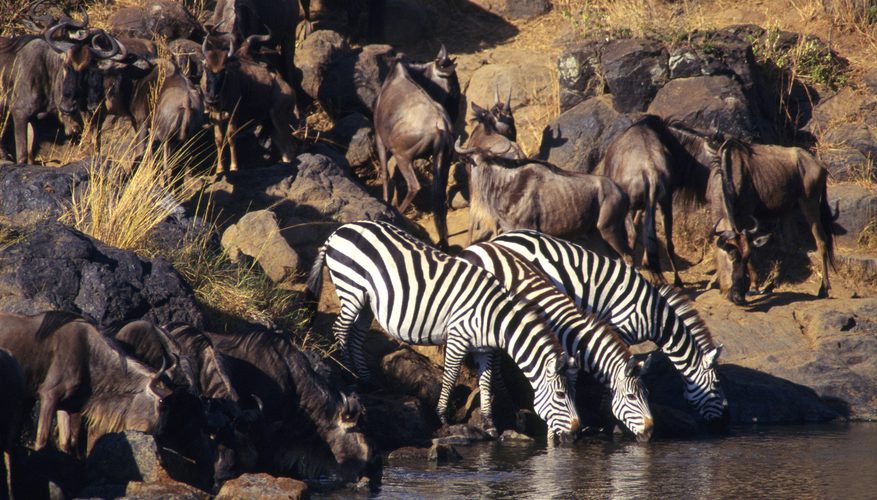 It was important to know what individuals and governments will do to stop the loss of biodiversity for food and agriculture, so the researchers told DNE:

It is clear that governments have a vital role to play, both in terms of actions at a national level and in terms of international collaboration. Many of the drivers that are negatively affecting biodiversity for food and agriculture require a policy response, whether climate change, destructive land-and water-use practices, use of agricultural inputs at levels that damage biodiversity, or discharge of pollution from industry.

Where promoting sustainable use and conservation is concerned, much more needs to be done to create an ‘enabling framework’: favourable policies and legislation; incentive measures to support sustainable management; establishment of protected areas and support for habitat restoration; enhanced research on the roles of biodiversity in food and agriculture; the impacts of different management practices on biodiversity, and more effective monitoring of the status of species and ecosystems.

The procedures also include better education and awareness-raising on contributions of biodiversity toward food and agriculture, as well as on the use of biodiversity-friendly management practices and strategies.

In many of these fields, the state of provision is still very inadequate. Funding needs to be improved. People need to be trained so that they have the relevant skills. Collaboration needs improvement within and across the sectors of food and agriculture (i.e. the crop, livestock, forest, fisheries, and aquaculture sectors) between stakeholders involved in food and agriculture and those involved in conservation and environmental management, and between countries.

What individuals can do, clearly depends very much on their individual circumstances. Some are directly involved in the management of biodiversity for food and agriculture such as farmers, fish farmers, livestock keepers, etc. Some have considerable purchasing power that can help create demand for biodiversity-friendly product, Whereas some are in a position to exert political pressure on governments, producers, or suppliers. And then some have the opportunity to undertake voluntary conservation work or to participate as ‘citizen scientists’ in biodiversity monitoring schemes.