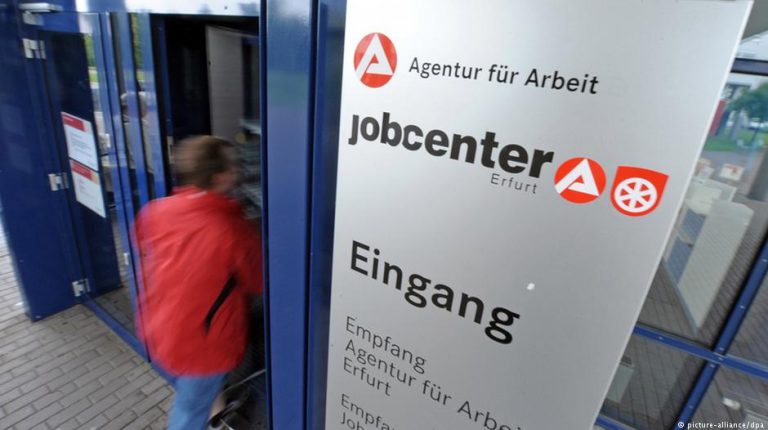 A labor experiment in Germany will see 250 people receive welfare payments with no questions asked for three years. Could it be the first step on the road to a universal basic income?Starting this month, an experiment is taking place across Germany.

250 randomly-selected recipients of Hartz IV, the bottom rate "safety net" German welfare payment, have begun to receive their monthly €416 without any conditions attached.

Hartz IV recipients have certain obligations to meet, for example, the need to keep appointments at the job center or to show evidence of looking for work. Failure to meet the conditions might see their benefits cut via "sanctions."

For the next three years, the activist organization Sanktionsfrei ("Sanctions-Free") will automatically reimburse any sanctions imposed on the 250 test recipients. Effectively, they will be guaranteed a basic income of €416 every month.

The participants will fill out regular questionnaires, documenting the effects of their new status. An additional 250 Hartz IV recipients will act as the control group, filling out the same form while still being subject to the usual conditions.

Strictly speaking, this endeavor, labeled "HartzPlus" is not a Universal Basic Income (UBI) experiment. For starters, it is backed by a private organization and is not supported by the German government.

Yet it can be seen as being on the spectrum of a UBI movement that has grown in both prominence and visibility in recent years.

Back in 2016, Switzerland held a referendum (which was resoundingly defeated) on whether to provide a UBI for its citizens. The Finnish government ran a two-year basic income trial in 2017 and 2018, providing 2,000 unemployed citizens with an unconditional, non-means-tested monthly income.

Several left-leaning politicians have supported the idea. Even Hillary Clinton, not exactly a socialist by definition, said she gave the notion of standing on a UBI platform serious consideration ahead of her bid for the US presidency in 2016.

In an era where rapidly developing automation and artificial intelligence are provoking existential questions about the future of work, more debates about UBI seem inevitable.

For Daniel Feher, the Berlin-based chairman of Unconditional Basic Income Europe (UBIE), a group which campaigns for basic income policies across Europe, the HartzPlus experiment is another positive example of how the question has pushed itself into the mainstream.

"I think it [HartzPlus] is a basic income experiment in the sense that it changes the situation of the people who would receive it from being in a very precarious situation, with the full pressure of bureaucracy on them, to a situation where they can rely on a certain income for a period of time," he told DW.

"It will be very interesting to see what kind of impact this has on their lives."

However, some observers of HartzPlus have pointed out that it is not a UBI as it expires if the person finds a job which pays more than the welfare claim.

Hilmar Schneider, the chief executive officer of the IZA Institute of Labor Economics, says that in addition to that, HartzPlus only works if those receiving the compensation do not declare it as income to their local employment agency because if they would, it would be treated like any other source of non-welfare income, and the welfare claim would be lowered accordingly.

"HartzPlus is best regarded as a political instrument to protest against what especially left-wing supporters perceive as the 'stick and carrot' practices of the employment agencies," he told DW.

Growing in prominence, but not yet tested

The topic of basic income in Germany is not new, but a focus on the unconditional, universal element has increased since the last major labor market reforms were introduced in 2003.

Those in favor of basic income mechanisms point to high poverty levels in Germany, yet beyond schemes such as the lottery-based Mein Grundeinkommen ("My Basic Income") — where people are drawn at random to receive an unconditional crowd-funded income of €1000 ($1,139) per month — there are few tangible schemes.

The Berlin state government has plans to introduce a so-called "solidarity basic income” scheme in the capital city at some point in 2019, but the project, while rooted in the idea of a basic income, would require people to take up work.

Although not quite an UBI experiment in the same vein as the Finnish one, the results of HartzPlus will be closely watched to see if they mirror those announced in Finland earlier this month.

The Finnish government opted not to extend the trial beyond a two-year period and will now explore other welfare models instead. The first batch of results, made public in recent weeks, suggested that the provision of a guaranteed basic income did not have an effect on the labor market and did not increase the likelihood of recipients finding work.

Feher says that those results should be treated "cautiously" as the trial had "a very particular design that changed a lot from the original proposal to what the government finally implemented."

Getting worked up about not working

The most persistent criticism that advocates of a universal basic income face is the question of cost. For example, to take a crude measurement, if the close to 70 million adults in Germany were all to receive an unconditional, universal basic income payment of €416 per month (the current Hartz IV rate), the annual cost to the German government would be around €350 billion. In a savings-obsessed country, that might prove a hard sell.

Daniel Feher says that organizations such as the UBIE do not advocate specific funding models, but rather want to promote the topic of UBI as one worthy of wider political debate. However, it is his personal view that in order for universal basic income policies to be sustainable, it would require a fundamental restribution of wealth through taxation policies.

For Hilmar Schneider, the idea is pie in the sky. "I doubt people would continue supporting a UBI if they know how much they would have to pay for it," he says.

He also believes that predictions of an automation-fueled jobs cataclysm have been exaggerated, and that the provision of a UBI would make low-paid jobs less attractive, leading to price increases and a general lowering of the standard of living, without a reduction in poverty.

Yet the increasing polarization of politics, on both sides of the Atlantic, suggests the basic income debate is here to stay. The results of HartzPlus will be closely watched.