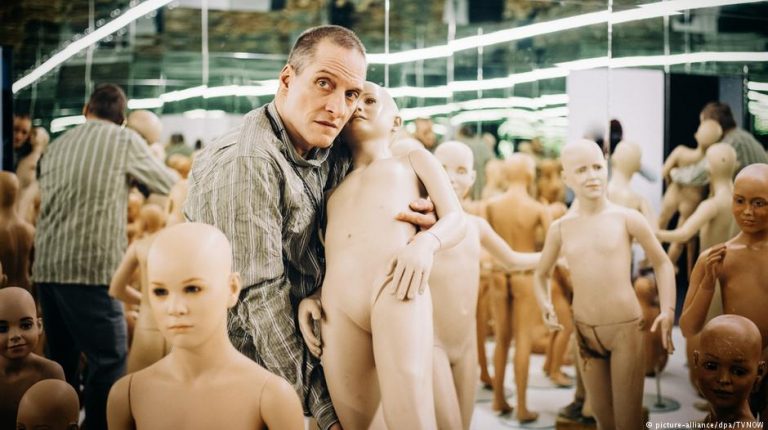 Fritz Lang’s iconic classic from 1931, “M,” has inspired a new TV series. The thriller “M — A City Hunts a Murderer” reflects on the similarities between the political climate in 1931 and today.A mysterious whistled tune echoes through the city. A child murderer first appears as an elusive shadow. His series of killings create panic in the city. The police is clueless, and the criminal underworld gets involved: "An outsider is ruining our reputation," they declare, setting up a manhunt.

This is the backdrop of Fritz Lang's 1931 masterpiece, M, starring Peter Lorre in the role of the serial killer. The German Expressionist film was one of the first sound films and set new aesthetic standards.

Two years after its release, the Nazis took power in Germany. In retrospect, it was a premonitory work of the disaster that was to come, portraying how an entire population can get carried away under the influence of evil.

Now Lang's film is revisited as a TV series. The Austrian six-part series, M — A City Hunts a Murderer, can be watched in German on TV Now, the new streaming platform for Germany's largest commercial broadcaster, RTL.

The media group's streaming service is still widely unknown in the country; with this program, the company is trying to find its way in the hotly contested on-demand TV series market, facing competition from US giants such as Netflix and Amazon Prime and British broadcaster Sky.

In this context, producers have been adapting a number of successful film classics into TV series. The 2006 thriller Perfume: The Story of a Murderer was turned into a series for German public broadcaster ZDFneo. A sequel to the 1981 film, Das Boot, has been produced for Sky. An upcoming international co-production of a TV series based on The Name of the Rose is also in the works.

The new series, M — A City Hunts a Murderer, which premiered at the Berlin Film Festival, transfers the plot to wintry present-day Vienna.

Director David Schalko and co-writer Evi Romen have kept the framework of Fritz Lang's film: A mysterious series of murders of children shocks the city. While parents deal with the tragedy of learning that the missing children have been killed, the police try to track down the murderer. The right-wing interior minister — strongly reminiscent of Austrian Chancellor Sebastian Kurz — puts pressure on the police, while using the murder series to promote his political goals for greater homeland security. The tabloid press similarly hopes to increase circulation figures with the story.

Adrenalized by politicians and the media exploiting the refugee crisis, the population resorts to vigilante justice. Like in Fritz Lang's version, the criminal underworld gets involved in the manhunt as the mobsters' illegal dealings are also threatened by unrest in the city.

The government, the police and Vienna's crime syndicate all act in concert. Despite their different interests, they share the same ultimate goal: to capture the murderer and restore the status quo.

The series' focus on refugees in the role of "the outsider" is obviously no coincidence. The director and scriptwriter said they wanted to make a clear statement on the current political situation in Austria with their modern-day interpretation of Fritz Lang's work.

Director David Schalko told Variety magazine that he was interested in the similarities in the politics of 1931 and 2018: "We nowadays also seem to live in times when civil rights are questioned, surveillance is a big matter and right-wing politicians lose their inhibition to hide their ambition to destroy democracy and European peace," he said.

"It is strange that we live in such wealthy and comfortable times and despite that we are urged to follow this dark spiral," he added, referring to the far-right political climate in today's Europe. "Everybody feels where a journey like that could probably end. We have seen it … It is like a dark human force destroying things."

M — A City Hunts a Murderer will also be released on DVD / Blue Ray on March 1.