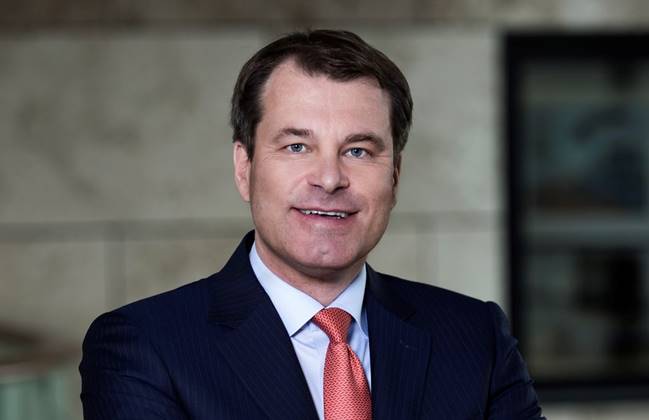 First Vice President of the European Bank for Reconstruction and Development (EBRD), Jurgen Rigterink, will visit Egypt on 4-7 March, accompanied by a high-profile delegation, for meetings with senior government officials and business representatives. He will visit also Benban solar park in Aswan.

In January, Daily News Egypt exclusively reported that Rigterink is set to visit Egypt in the first week of March to meet senior officials and visit Benban complex in Upper Egypt.

During his stay in Cairo, Rigterink will also hold an EBRD event entitled “Women in Green Energy: enhancing employment and entrepreneurship opportunities” and he will join a panel discussion, led by the EBRD Chief Economist Sergei Guriev, about the bank’s Transition Report, “Work in Transition”.

In Aswan, Rigterink will meet the Governor of Aswan, Ahmed Ibrahim, and will visit the Benban solar park, which include 16 solar plants funded by EBRD. Once completed, the 16 plants will generate 750MW of electricity which accounts for more than a half of the park’s 1,465MW total contracted capacity. The projects are expected to reduce carbon dioxide emissions by 900,000 tonnes a year.

Egypt is a founding member of EBRD. Since the start of its operations in Egypt in 2012, the Bank has invested over €4.8bn in 91 projects in the country. 2018 was a record year for Egypt, which became the largest EBRD country of operations.

Egypt is part of the southern and eastern Mediterranean region, which is currently the fast-growing region of EBRD operations.