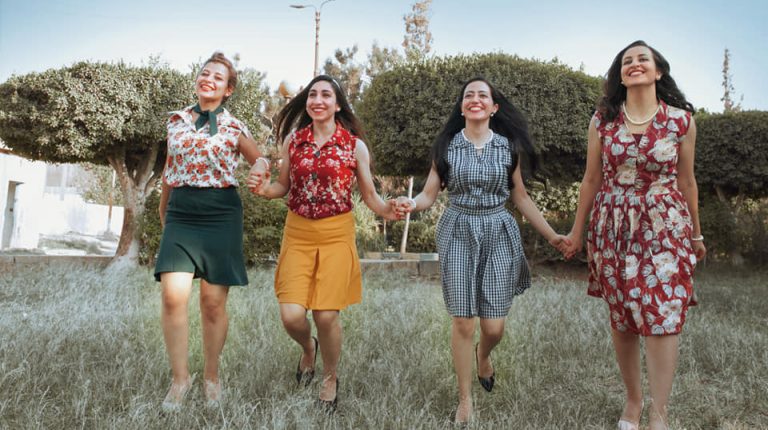 After seven years of tremendous study at the Faculty of Medicine in Minya University, a group of students decided to celebrate their graduation with a unique photoshoot.

With bright colours and vintage clothes, twenty grads travelled back in time through the lens of a young photographer to the 1970s to revive the alluring era’s fashion and beauty. 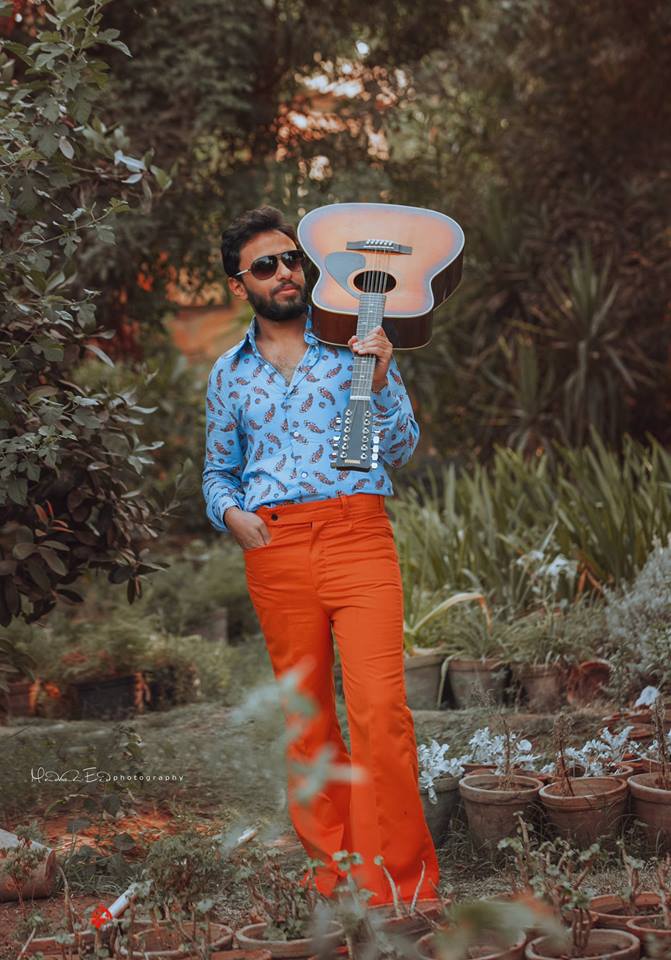 They wanted to celebrate the end of their journey in university and the beginning of a great mission of saving lives, with a one-of-a-kind photoshoot.

Young photographer Medhat Eid captured with his camera the moments of happiness the students lived.

“It was a crazy idea that they came up with, and once I was informed about it. I immediately agreed,” Eid told Dily News Egypt.

The journey of picking the 1970s era was not the only idea the students came up with, yet it was the most tempting one.

“We were talking about how we all share the same idea of going back to the time of our parents and grandparents, when women freely walked with colourful miniskirts, short dresses, and heels, and when men wore suits instead of jeans. That’s when the idea of bringing back our most beloved era shined and we were all determined of making it come true,” Eid explained.

Before settling at the most shining fashion era in the 20th century, the team wanted to dress like pharaohs, or Bedouins, “yet, our passion to the 1970s made us to choose it as the decade that deserves to be revived the most,” Eid added.

Before the photoshoot, Eid spent several days digging into the history to discover the photography techniques of this era.

“I wanted it to be a complete project, not only dress like that era, but also for me to capture photos like our parents were photographed at that time, while also showing their shining souls, bright smiles, and sense of humor,” Eid pointed out.

While the team were busy getting their dresses and costumes, Eid was busy looking for the pictures taken at the 1970s. At first, he started with his own family pictures. “I opened the pictured buried at the time worn box in the closet, placed untouched, just like many other Egyptian families’ memories. I looked into the way people posed, smiled, and dealt with the camera,” he said.

Then he checked some international photos of that era. Eid spent days searching for superstars’ cover photos. Public figures’ photoshoots and authentic books of the 1970s.

“It wasn’t just a photography project for me. I was driven by a real passion to relive the era I loved the most,” he asserted.

The search led Eid to the main elements that should be applied in the photoshoot,

“A guitar was an essential element at most of the 1970s photographs. Even if the person does not know how to play it. It was considered unique and modern to be captured holding one,” he smilingly added.

One of the goals Eid aimed to highlight in his photography project, was to deny the stereotype people have regarding Minya governorate.

“There’s this stereotype that the people in Upper Egypt are the furthest from modernism. The false belief limited fashion and beauty to big cities, like Cairo and Alexandria. But what we aimed to showcase through these pictures is to change this idea. This is how our parents looked like and lived for most of their lives,” Eid asserted.

He added that the social changes in Egypt happened at all governorates simultaneously, including Minya.

“We faced many challenges in this photoshoot, it was not easy for the female grads to walk in Minya with short skirts, which would be difficult in Cairo as well. We spent a lot of time trying to move from one place to another, as their appearances grabbed people’s attention,” Eid concluded.