This edition of the festival has been renamed to “Sharm El-Sheikh Asian Film Festival”, being focused on Asia and the guest of honour is China. Numerous Chinese films will be shown in the competitions as well as the Focus on China section.

The festival’s opening film is a true gem for the lovers of Egyptian cinema. The Crew is a feature length narrative directed by Islam Rasmi. It takes the viewer on a journey through the Egyptian film industry. The film’s story is told from the point of view of its own documentary crew. The playful exploration of the genre features interviews with a number of the major existing Egyptian filmmakers.

The opening ceremony will showcase a number of enchanting performances, ranging from Eurasian talent to ancient Chinese folk dances. Dilara Kazimova, who represented Azerbaijan in Europe’s most important musical competition, the “Eurovision Song Contest”, will be performing at the opening ceremony.

The djed pillar, one of common symbols in ancient Egyptian religion, will be presented to the winners of the film competitions as a trophy. Raising the Djed was an important part of the most popular celebrations of ancient Egypt.

The djed pillar represents stability and is commonly understood to symbolise the backbone of the god Osiris. Raising the djed was an important part of the most popular holidays and celebrations of ancient Egypt. During the ceremony, the pharaoh, with the help of the priests, would raise up a wooden djed pillar to symbolise the continued reign of the pharaoh in the land of Egypt. The winners will raise their trophies above their heads as the pharaohs of an ancient Egypt once did. 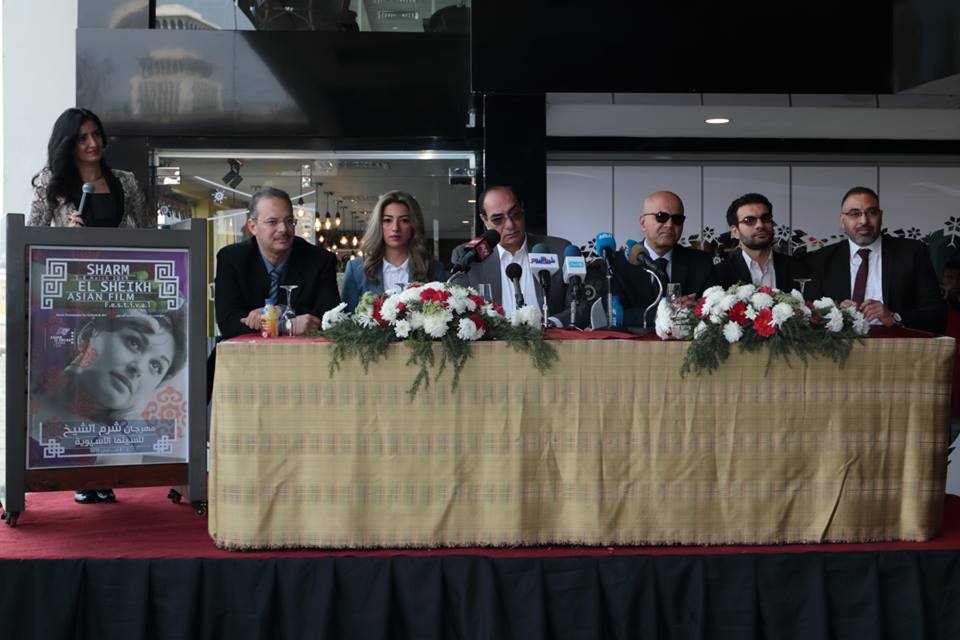 The award for best actress will be given in honour of the late Souad Hosny. The winner of this award will receive $3,000.

Other awards will include best screenplay, best director, and best documentary. In addition, awards will be given for best short film and two certificates of appreciation for the second and third places.

For decades Chinese filmmakers have earned nominations and won awards at the biggest and most prestigious film festivals in the world. Chinese blockbusters have consistently had an impact on foreign markets, gathering crowds of millions around the globe. The Chinese film industry is at the forefront and cutting edge of contemporary cinema, continually expanding and honing its craft.

The Rib, directed by Wei Zhang, will be part of the feature film competition, while Mr Big by Tong Xinjia will be competing for best feature documentary. More Chinese films will be shown in the Focus on China section of the festival. This section aims to demonstrate the importance of contemporary Chinese cinema on the international level and to showcase its distinct cinematic style.

Egyptian famed actress Isaad Younis has been appointed to be the honorary president of this edition of the Festival.

Younis was chosen for her many contributions to the Egyptian cinema, which has enriched and improved her career. Generations of Egyptians have laughed and cried with her. Her appointment as honorary president is of much importance to the festival’s organisers.

President of SAFF, Magdi Ahmed Ali, said after Younis’s appointment: “We are glad to have Isaad with us on board to pioneer our new perspective and style and to introduce and promote Asian cinema in the region.”

Younis began her acting career in the 1970s and starring at more than 100 films and TV series.

The festival will also host a youth filmmaking workshop ahead the festival. The young participants made short films which will be screened during the festival. Awards will be given for the best student film as well as two certificates of appreciation for the second and third places.

The Egyptian documentary filmmaker Ali Al-Ghazoli, a pioneer of the docudrama genre, will present a workshop during the festival.

The Chinese film director Xie Fei has been named president of SAFF’s jury. Xie has spent almost five decades helping to shape multiple generations of Chinese filmmakers at the prestigious Beijing Film Academy. His students include some of China’s finest filmmakers, such as Chen Kaige, Tian Zhuangzhuang, Zhang Yimou, and Jia Zhangke. His Films demonstrate the importance of contemporary Chinese cinema on the international level and showcase its distinctive cinematic style. When you watch these movies, pay special attention to the Chinese perspective on directing, photography, lighting, decoration, and acting.

Xie’s long filmmaking and teaching cinema career will be discussed at a seminar run by the film critic Osama Abdel Fattah.

The award for best actress will be given in honour of the late Souad Hosny. The winner of this award will receive $3,000. Hosny was an Egyptian actress born in Cairo. She was known as the “Cinderella of Egyptian cinema” and one of the most influential actresses in the Middle East and the Arab region. She ascended to stardom at the end of the 1950s, performing in more than 83 films.

The award for best actor will be given in the name of the late Ahmed Zaki. The winner of this award will receive $3,000. Zaki was a leading Egyptian film star. His talent, skill, and ability in impersonation characterised him. He was also famous for his on-screen intensity, often genuinely hitting co-stars during scenes of violence. He is widely regarded as the greatest and most talented male star in the history of Arabian cinema.

The festival’s workshops will also include one about soundtrack by Rageh Daoud. He was an Egyptian composer of contemporary classical music. Daoud is a member of that nation’s third generation of such composers. He has composed for piano, voice, and orchestra, and has written a number of film scores.

The festival is organised by Noon foundation for Culture and Arts. It was created in 2012 by a group of professionals and philanthropists who work in the fields of culture, media, and cinema in Egypt. Their activities aim to open the channels of cultural and artistic exchange between Egypt and the rest of the world and to enable the promotion of a deeper intercultural knowledge. The institution focuses on organising cultural activities which provide a bridge between generations, communities, and nationalities.