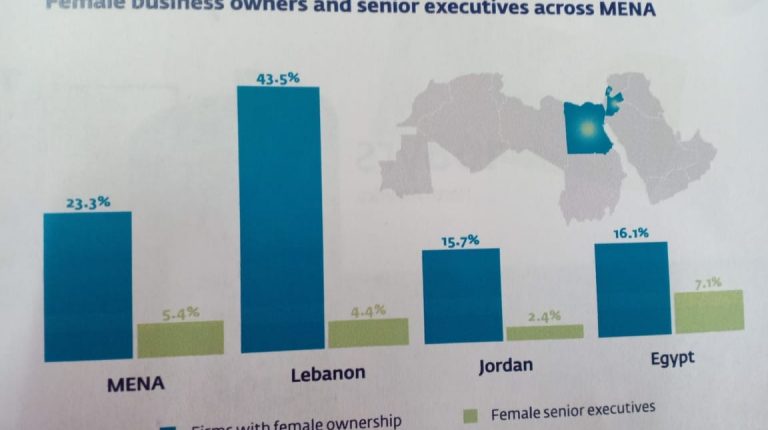 47% of companies in Egypt have female board members, and women represent 14% of all board members, said Yehia El-Husseiny, corporate governance projects manager in Middle East and North Africa in the International Finance Corporation (IFC).

He announced on Sunday that the IFC, a World Bank Group member, conducted a new study on the importance of having women on compnaies’ boards in Egypt.

He noted that women’s representation in board councils in developed and emerging markets in the Middle East stood at 17,20 and 10,2%, respectively.

“This study is very important as today women represent nearly half of the Egypt’s college graduates, however only 23% of women participate in the labour force, which means that there is about 27% of the female graduates do not enter the workforce,” El-Husseiny stated. “And very few reach the upper echelons of the corporate world,” he continued.

He assured that the study found that gender-diverse boards lead to stronger financial performance.

In that term, he noted that improving the gender parity globally by 25% would increase the global GDP by $5.3tn, pointing out that women now represent only 39.35% of the global labour force.

El-Husseiny concluded that the study quantifies the relationship between gender diversity on corporate boards and a company’s financial performance in Egypt, examines the barriers to female participation on boards, highlights the opportunities to increase the number of women on boardrooms, and finally offers recommendations on how to achieve greater gender equality in the boardroom, building pipeline of female business leaders and promoting the gender-equality practices in the Egyptian labour market.