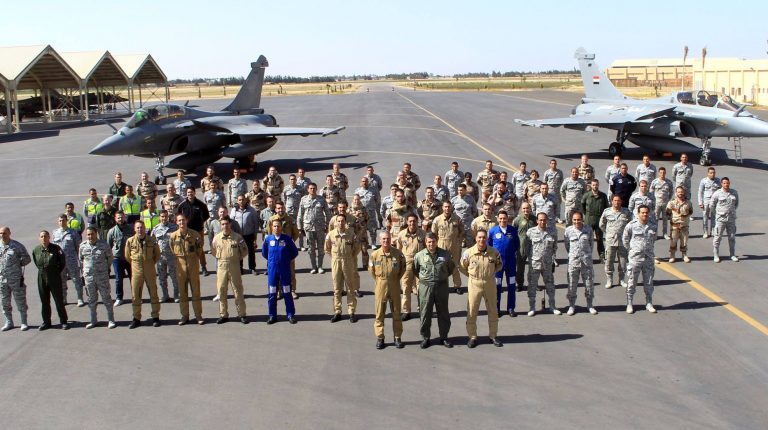 The Egyptian armed forces launched on Sunday joint military drills with the French air and marine forces in the framework of boosting military cooperation between the two sides, according to Egypt’s military spokesperson, Tamer El-Refaee.

Egyptian maritime units from the Northern and Southern Fleet commands, including Mistral-class helicopter carrier, as well as a number of warships and missile craft, participated in the drills.

El-Refaee added that the marine drills also included special forces from Egypt and France, in addition to students from the Egyptian Military Academy.

Moreover, air forces from the two countries engaged in joint exercises in one of the Egyptian military bases. French Rafale fighters were used in the exercises for the first time.

According to the statement, the French side praised Egypt’s professionalism in using Rafale fighter jets.