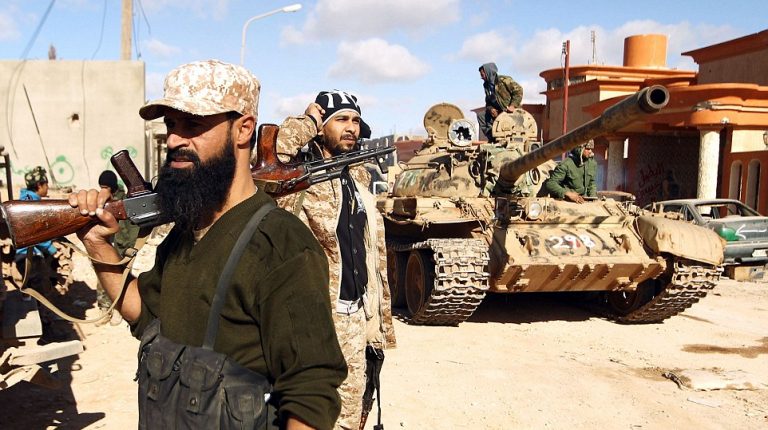 The Libyan National Army (LNA) said that it seized control of Libya’s southern border with Algeria, according to the spokesperson for the army, Ahmed Al-Mismari.

He added that the forces entered several southern towns, including Ghat and Awayna during the previous week, with the aim of countering terrorists and criminals.

In a recent development on Sunday, the UN Special Envoy to Libya, Ghassan Salamé, met in Tripoli with Fawzi Aqab, the second deputy head of the Libyan Higher Council of State (HCS), over the latest political developments in Libya.

Salamé, Aqab, and a number of other HCS officials “also exchanged views on best ways to move the political process forward,” according to the UN Support Mission in Libya (UNSMIL).

Also on Sunday, the governments of France, Italy, the UK, and the US strongly supported the ongoing efforts of Salame and the UNSMIL to de-escalate the tensions in southern Libya, and help the Libyan people chart a path toward credible and secure elections.

“We welcome the UN’s leadership in convening Prime Minister Al-Sarraj and the LNA’s Commander, Haftar, on 27 February, and commend the efforts of the UAE government to facilitate this discussion,” the countries said in a statement.

They called on all Libyans to work constructively with Salamé and seize this vital opportunity to “realise a stable and unified government that can deliver security and prosperity for all Libyans.”

They also welcomed the announcement by the Government of National Accord that parties had agreed to resume oil production at the Al-Sharara field. “All sides should promptly implement this agreement in order to allow the National Oil Corporation (NOC) to resume its vital work for the benefit of all Libyans,” the countries’ statement said, adding that “these Libyan resources must remain under the exclusive control of the NOC and the sole oversight of the Government of National Accord.”