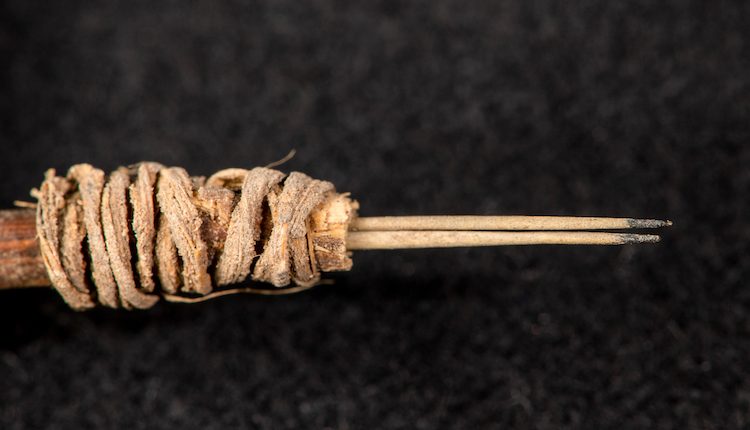 Thousands of years before tattoos were defined, the way people currently know them, prehistoric humans found their own way of being inked in what, nowadays, seems to be astonishing. Archaeologists from the Washington State University discovered the world’s oldest tattooing tool in western North America.

A 2,000-year-old tattooing needle made from cactus spines was found this week. It’s believed to be made at the hands of Ancestral Pueblo People of the Basketmaker II Era in what is now south-eastern Utah.

In a research published by the university in the Journal of Archaeological Science, the pin-size needle was determined as the earliest discovery of tattooing in western North America, which would lead scientists to knowing more about the lives of prehistoric people.

“This tattoo tool provides information about past south-western culture that we did not really know before. It has a great significance for understanding how people managed relationships and how status may have been marked on people in the past during a time when population densities were increasing in the southwest (also known as the Neolithic demographic transition),” the lead author of the study, Andrew GillreathBrown, told Daily News Egypt. 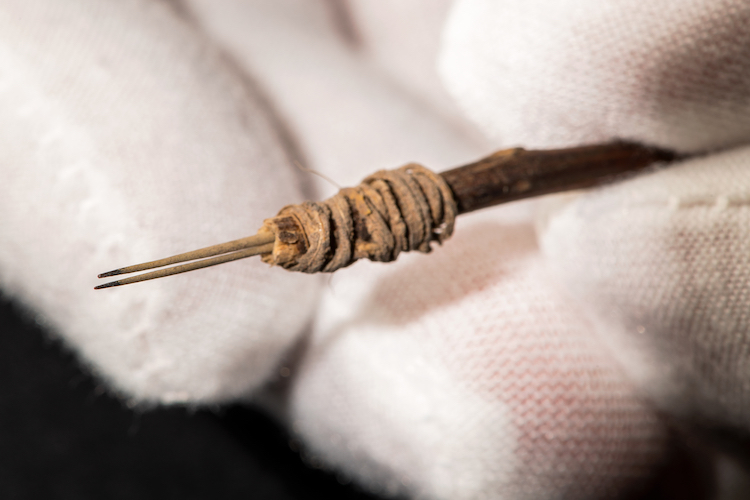 He explained that tattoos are a permanent marker that individuals would have on their bodies. This makes it very different from other body decoration and ornamental practices.

The study indicated that cactus spine tattooing tools from Arizona and New Mexico provided the best archaeological examples of early tattoo implements from the southwest. The earliest of these have been dated to between AD 1100 1280.

GillreathBrown added that such a discovery allows the team to further explore human nature, culture, and living circumstances of the people of that era.

“This give some insight into how people managed relationships and how people may have used tattoos for social and spiritual status in the past,” he continued, adding, “It is important to discover the timing and occurrences of prehistoric tattooing, because it allows us to understand the reasons behind body modification, and how that has changed over time.”

According to the university journal, the tool consists of a 3.5 cm wooden handle bound at the end with split yucca leaves and holding two parallel cactus spines and stained black at their tips.

No signs of tattooing were previously detected in South America. No tattoos were ever found on human remains, and it was never mentioned in any authentic records.

According to GillreathBrown, there was not any evidence that prehistoric people knew tattoos before the discovery of this tool. “There is rock art and incised pottery that show individuals with geometric or simple lines, which some have speculated as representing tattooing instead of body painting. However, until this artefact, there was nothing to substantiate those tattoo claims,” he assured.

“Tattoos were also used as signalling systems; sometimes as ways to show things, such as a person’s experience, gender, or ethnicity. We really do not know how people may have identified gender in the past, but tattooing could potentially give us a sense of different genders in the past. Tattoos could have been away to reinforce ideas within a group, such as religious beliefs or intergroup relationships,” GillreathBrown concluded.

Until the present moment, the discovery did not appertain to artefacts with the Oxford University researchers that found that the oldest tattoo discovered in the world was on the arms of two Egyptian mummies that date back to the predynastic period.

The discovery was announced in March 2018. The mummies are located at the British Museum which stated at the time that the tattoos were on the upper arms of the male and female mummies, describing the male’s tattoo depicting a bull and a Barbary sheep, while the woman’s tattoo shows linear and S-shaped motifs.

Daniel Antoine, curator of physical anthropology at the British Museum, told Reuters that “the position of these tattoos suggests they were designed to be highly visible on the upper arm and the shoulder.”

The mummies were discovered 100 years ago, buried at an archaeological site 40km away from Luxor. According to researchers’ studies, they date to 3351 to 3017 BC. Before the discovery, researchers believed that tattooing was only applied on women in Africa.

‘German Angst’: Pinpointing the collective fears of a country

German football is at a crossroads

Hepatitis study said to be exaggerated