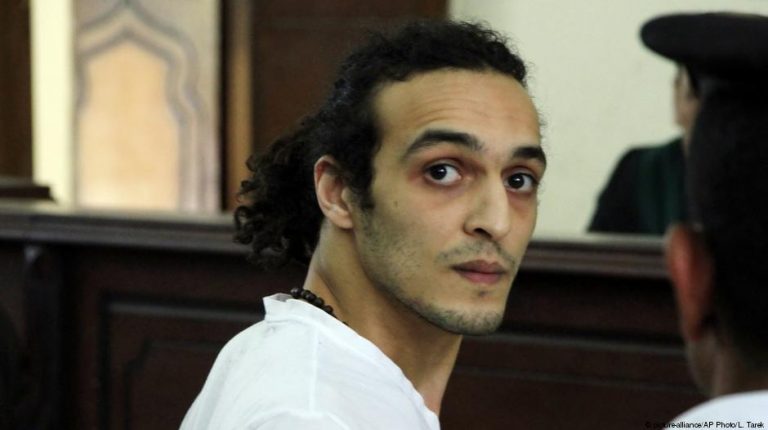 Egyptian photojournalist Mahmoud Abu Zeid, better known as Shawkan, was eventually released on Monday after five years and a half in prison.

Shawkan was freed from Haram police station and returned to his home, according to his lawyer Taher Abu Nasr. Photos of the photojournalist with his family at home were circulated on social media.

“Shawkan is supposed to face four years and a half of police surveillance because he already spent six months after he concluded his five-year sentence,”, Abu Nasr told Daily News Egypt on Monday.

The photojournalist was supposed to be released nearly two weeks ago when the prison’s management started procedures to free him as well as 214 others who spent their five-year sentence handed by the Cairo Criminal Court in the case known as the Rabaa sit-in dispersal.

Concerning the other 214 defendants, Abu Nasr pointed out that some of them have been released, but he could not confirm their number as most of them were not well known.

Abu Nasr previously told DNE that Shawkan’s sentence should have been ended in August 2018. However, the photojournalist and the other 214 were subjected to “physical coercion penalty” because they could not pay the fines ordered by the court. It means spending more six months in prison.

The Cairo Criminal Court issued its verdict on September 2018 in the Rabaa sit-in dispersal case. Shawkan was among more than 700 defendants in the case. They were charged with “murder and membership in a banned group.”

Shawkan and other 214 defendants will face more penalties after their release, including preventing from running their money and properties and five years of police surveillance which might be decreased to four years and a half.

Shawkan was arrested in August 2013 while he was covering the dispersal of Rabaa sit-in of former President Mohamed Morsi’s supporters, who were protesting against his ouster.

Shawkan likely to be released after five years in prison