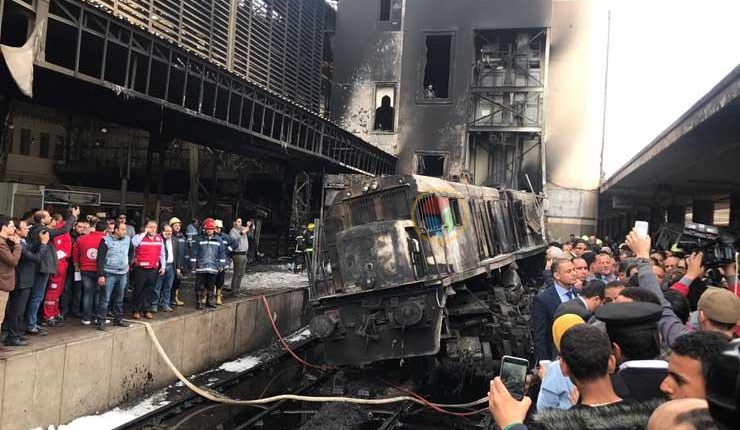 The train driver detained last week on suspicion for involvement in the Cairo Railway Station’s accident was tested positive for potent narcotic “strox”, the prosecution office stated in an official report late Monday.

The investigation revealed that the driver was suspended from work for six months before the accident due to his addiction to drugs.

The report revealed that the locomotive was set at its maximum speed of 120 km per hour during the accident. It added that the collision resulted in the explosion of the train’s fuel tank which might contain more than 6,000 litres of solar fuel.

The report yet denied any criminal or terrorist suspicions, adding that there were no remains of explosive devices or materials in the scene of the accident.

As a part of the investigation, Prosecutor-General Nabil Sadek summoned on Sunday the Head of the Egyptian National Railways (ENR), Ashraf Raslan, and dozens of top officials of the authority for interrogation over the accident.

Following the accident, footage circulated on social media, before being removed, showed some victims on fire, running away from the station platform.

The accident killed 25 people and dozens others severely wounded. The accident occurred after the driver stepped off the train, without putting the brakes on, to argue with another train driver who hit the former train, according to earlier investigations.

Earlier this week, Cairo prosecution renewed the detention of the two drivers involved in the accident along with four others for 15 days pending investigations. The train driver, who left his locomotive without turning off its engine, faces charges included intentional murder and neglect.