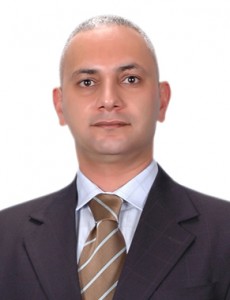 The government’s plan to turn Egypt into a regional energy hub is a good initiative, but needs two things,  first enhancing the electricity grid with more substations to be able add more renewable energy projects, the second thing is having a clear regulatory framework to attract more investors to the local market and that can easily be done by learning from international successful business models, Yasser El-Shazly, executive director and founder of Complete Energy Solutions (CES), told Daily News Egypt.

El-Shazly was one of the speakers at the Solar Show MENA 2019 held in Cairo. The show is the region’s leading renewable energy conference and exhibition for policy-makers, utilities, local industry tycoons, and international technology experts to meet and discuss the most notable trends and important issues in the sector.

The future of energy sector in Egypt has opportunity to grow and flourish, El-Shazly said, adding there are yet some things that need to be implemented.

“The New and Renewable Energy Authority (NREA) should be separated from the Ministry of Electricity, with a clear framework that applies to all aspects and ensures faster responses from the government to investors’ enquirers,” he stated.

El Shazly sees the interest in generating renewable energy will continue. “It is not just a trend, I think in the two or three coming years, we will see better batteries and storage technology in the market, because that what it needs, as energy storage plays a significant role in renewable energy sector.”

“If we don’t have energy storage that comes out cheaper than the current prices, Solar PV projects will struggle, in the other hand with abundance cheap storage technology the sector will boosted.” he added.

El Shazly thinks the reliance on oil and gas, as the main source of energy, needs to be decreased, however, they will continue to exist in the coming fifty years. “I believe that we have many options to reduce Carbon dioxide emission, such as implementing new technologies and green energy initiatives,” he added.

CES is an EPC (Engineering, procurement, and construction) contractor for Solar PV, working in Egypt, Jordon, and the UAE. The firm has completed 55MW solar parks in Egypt, including the country’s first large-scale 10MW solar plant in Siwa Oasis in 2015, a 15MW project in the Red Sea governorate, and a 20MW grid-connected solar park for agricultural farms near Toshka lakes in 2016.

The company is currently working on a 100MW project that should be completed by the end of April as a part of Benban solar park, the world’s largest solar farm with a planned total capacity of 1800MW. The company invests in Egypt between $40-45m.