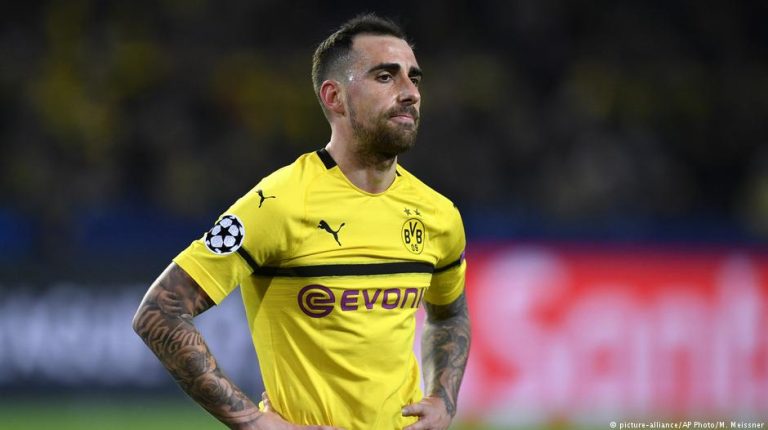 Borussia Dortmund will look back with regret on their loss to Tottenham Hotspur in the last 16 of the Champions League. Despite plenty of opportunities, the killer instinct was missing in BVB when it mattered most.The Westfalenstadion has seen its fair share of thrilling European nights and, leading into kick-off, there was a sense Dortmund had another historic performance in them.

In a blistering first half the 60,000-odd Dortmund fans threatened to explode, waiting for a decisive moment to send them into the sort of hopeful delirium that would let them believe a comeback from a 3-0 first leg deficit was truly possible. But they were let down by a lack of killer instinct in front of goal.

In comparison, Harry Kane, perhaps the most lethal finisher in Europe, showed Dortmund exactly what they’re missing when he expertly slotted home the sucker punch goal just after half-time.

Facing a four-goal deficit and an away goal, Dortmund knew the possibility of a miracle was over. And they duly crumbled into a demotivated rabble. But it could have been a different story had the hosts converted one of their numerous chances in the first 45.

“If you score one goal, maybe the whole game changes,” goalkeeper Roman Bürki said. “But at the end, this is football, they had one chance, we had five or six chances, and they scored one and we didn’t.”

Dortmund started with such promise. Favre sent out an attacking team and one which was fearless, determined and full of self belief. They dominated Spurs, controlling play, creating chances and swarming their opponents with fierce pressing when they lost possession.

The team’s belief spread across the stadium, which played its part in creating a hostile atmosphere for the guests. Whistles rained down on every Spurs touch and Kane found himself sprayed by beer from an irate Yellow Wall at one point.

It was intimidating, it was contagious and all that was needed was just a single goal for that buzz around the ground to boil over into a cauldron of fire.

“Never surrender, never give up,” read a banner in the Südtribune.

But a lack of fortune and Hugo Lloris stood strong between Dortmund unlocking their extra man on Tottenham.

The Spurs stopper thwarted Julian Weigl twice in the 33rd minute and then tipped behind a curling Mario Götze effort destined for the top corner just a minute later. Sandwiched between was a blocked volley from captain Marco Reus. The first half ended goalless. A missed opportunity considering the 65 percent possession and 12 shots at goal.

And then came the masterclass from Kane, or “the beast” as Bürki referred to him post match. Just after the break, the sharp-shooter cleverly navigated Dortmund‘s offside line and curled his effort brilliantly past Bürki. One chance, one goal.

“We knew it would be very difficult and they took their one chance. They waited because they knew Harry Kane would take his chance,” Bürki lamented.

“This is a player every team would love to have.”

In contrast, Dortmund‘s number 9 Paco Alcacer has scored just two Champions League goals in more than 1000 minutes of football in his career. And he’s netted just once in his last nine matches, a run which has coincided with Dortmund winning just one match in eight.

Alcacer may have a rate of a goal every hour in the Bundesliga, but that was down to a freakish conversion rate earlier in the season. And at club football‘s highest level he’s been found wanting.

That lack of a “beast” in front of goal was a stark difference between Spurs and Dortmund across the two legs.

“Results never lie, they did better than us, they were sharper,” Thomas Delaney admitted.

“The biggest difference is that Tottenham are three years ahead of us as a team. We also want to keep our squad together, we have young players that will grow. Now we want to get back on track.”

The 4-0 aggregate loss – 0-1 on the night – paints a dire picture, but there was still a lot of promise from what is a young outfit.

Few truly expected Dortmund to pull off a historic turnaround after losing the first leg 3-0 and yet they still turned it on in a first-half performance typical of Favre‘s teams.

Taking lessons from big European nights such as these will give Dortmund’s youngsters the experience they need to progress together. And if Favre can keep his stars together this youthful side can and will transform into a different animal.

But if one point was made certain on Tuesday night, it was that Dortmund still need that “beast”, that Harry Kane, Pierre-Emerick Aubameyang, or Robert Lewandowski, to lead the line and bring a clinical finishing touch to a developing and exciting future.