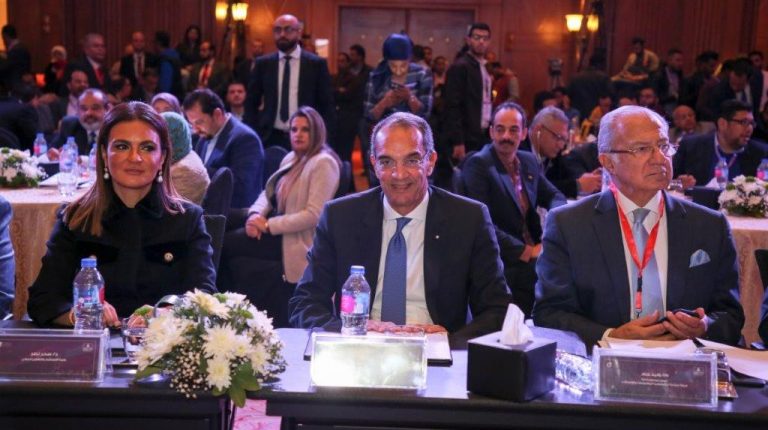 The 6th round of the annual conference of the Chamber of Information Technology and Communications (CIT) ‘Digital Nation 6’, has launched with the participation of the Minister of Communications and Information Technology, Amr Talaat, and the Minister of Investment and International Cooperation, Sahar Nasr, and the CIT Chairperson, Waleed Gad, and around 100 ICT investment companies.

The conference includes an exhibition for large, medium, and micro enterprises, organising a series of seminars and workshops on new technologies, and arranging a number of competitions to promote creativity and innovation within companies.

“The valuable Digital Nation forum reflects the goals we seek to achieve,” said Talaat during his inaugural speech. He referred to his meetings with a number of government officials and international ICT companies during the Mobile World Congress in Barcelona last week.

He highlighted that the ICT sector grew by 14% in the first quarter (Q1) of the current fiscal year, followed by a growth of 16% in Q2. Talaat stated that work is proceeding in the projects of automating 25 main services, with each including a group of subservices, making a total of 100 major services and subservices to cover all the needs of citizens. This will be launched within a year in Port Said as a first stage.

Talaat also added there is a current governmental strategy to endorse developing the calibres in the ICT sector with the latest and most advanced knowledge, and help the state sectors achieve the digital transformation. The minister also referred to the initiatives which the ministry implemented in capacity building, and aimed to support technological innovation and entrepreneurship, such as ‘Fekretak Sherketak’.

The initiative ‘Fekretak Sherketak’ received and examined 600 start-up applications, 60 of which will be supported and introduced to business accelerators, while encouraging investors to implement joint projects with them.

This is in addition to the ‘Wazeefa Tech’ initiative, implemented in cooperation with Nasser Social Bank to prepare calibres specialised in modern IT, targeting 1,500 young people in its first phase.

Moreover, a digital academy was launched to provide young people with free interactive training in Arabic in nine different IT specialties, having 100 hours recorded so far.