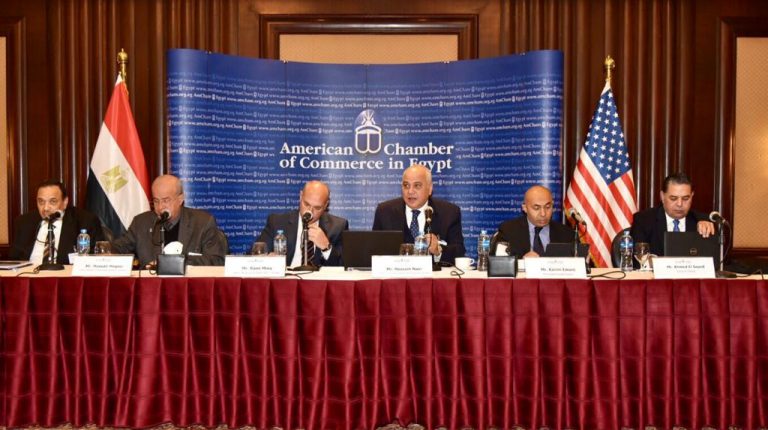 The Tax Authority has demanded the addressed financiers to submit electronic tax (e-tax) declarations ahead of time enough before the legal period ends, warning that last-minute submissions will cause major pressures on the system and will lead to its disruption and a possible occurrence of many issues.

At the seminar organised by the tax committee at the American Chamber in Egypt (AmCham), under the name of ‘2018 Corporate Tax E-Filing: Updates, Requirements and Challenges’, experts said that nominal financial companies are the only ones who are obliged to submit their tax declarations electronically this season, noting that the legal period for submitting this declaration started in early January and will end on 30 April. They also stated that financiers usually submit the declaration in the last week which would cause a lot of pressure.

A tax expert from Deloitte, Ramy Mina, said that implementing the system of e-tax declarations is a major and significant step in developing the Egyptian tax system, yet is a step that came too late.

He pointed out that the first year of submitting e-declarations will likely see lots of issues in terms of applications, so financiers must provide accountants with sufficient time for soundly preparing the declarations and addressing any issues that might arise.

Mina said that the new system will give the government a major chance to detect and control all market financial transactions and prevent tax evasion, as well as integrate the informal sector into the formal economy.

Tax expert from Mazars, Yasser Maharem, said that the experience of applying the e-tax declarations to the value-added tax last year was very useful, as all the mistakes made at the time will be learnt from in order to avoid them in the income tax declaration, explaining that it is necessary to submit the declarations as early as possible because the system would only accept them if they meet all the required data.

Emam added that the new system will provide integrated databases of all dealers in the market and will give the government the chance to integrate them into the formal economy and address any tax evasion attempts.