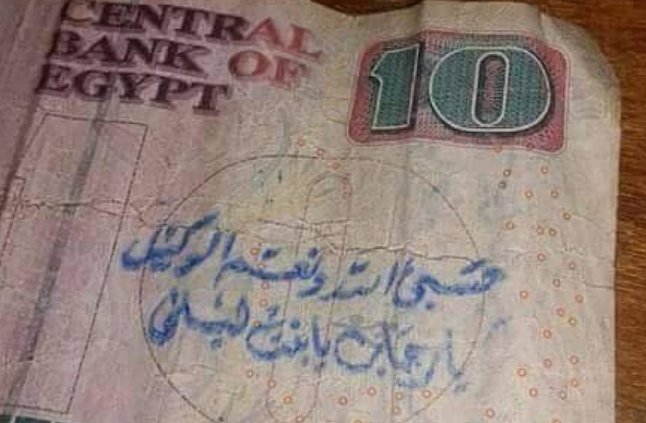 The banking market has been confused about the destiny of banknotes with inked handwritten words, after the spread of a rumour about banning their circulation by the Central Bank of Egypt (CBE).

Media reports stated that the CBE announced on Monday that it will not recognise any banking transactions by money with personal lines written on them.

According to a source of a state-owned bank, banks have not received any written or verbal notice from the CBE of the new decision; however, they failed to receive a confirmation to their questions around the decision.

On the other hand, the CBE officials have refused to comment on the news.

“There are billions of pounds with inked words on them in the hands of citizens, so it is difficult for the CBE to make such a decision,” the source said, adding that in such a case the citizens will resort to banks to exchange the banned currency with a new one, and banks, in return, will resort to the CBE to exchange them, which will execute them and print new banknotes.

Banknote issuance to GDP increases to 12.68% in February: CBE