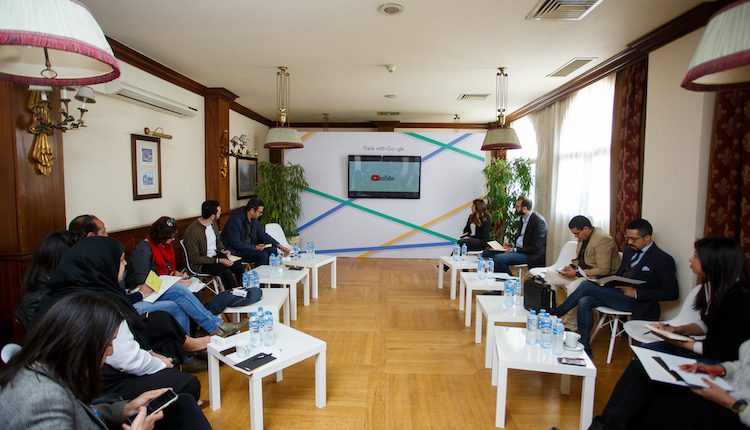 Google, the California-based firm, revealed a study showing how Egyptians’ usage of internet changes during Ramadan, as it aims to increase the percentage of advertisers on YouTube’s platform in the holy month.

Salma Mohamed, the head of ads marketing at Google MENA, presented the results of the study, which focused on the top consumers’ online interests during Ramadan, which are food, series and TV programmes, sports, as well as travel destinations. The results were announced during a round-table titled ‘Think with Google’, which was held in Cairo for a number of journalists.

The study shows a 70% increase in watching cooking videos on YouTube. Beside recipes, the study found an increase in the search queries related to restaurants between 6-8pm and 12-2am, as many people prefer having their iftar or suhoor meals at restaurants, especially in the first three weeks of the month.

The daily watching hours of Egyptians of YouTube videos also increases by 40% during Ramadan, with the ways of watching the videos changing as well, as more than 50% of YouTube users prefer watching them with family members and friends.

Last month, the parent company of Google, Alphabet, has announced the revenues of the fourth quarter (Q4) of 2018, as the firm made profits of $39.27bn, with the revenues from the MENA region rose by 29%, and the revenues from advertising went up by 20% from last year’s Q4 to $32.6bn.

The company has created a feature for local small and medium businesses on YouTube called ‘Bumper’, which provides them with simplified tools to create their own advertisings, as it attempts to attract more companies to advertise on YouTube.

Moreover, in the study, Google pointed out that the lack of online presence for businesses in Egypt will cause them to miss the opportunity to reach and connect with their customers during an important time of the year, which is Ramadan. The company also shares the best practices and consumer insights with local businesses and advertisers in Egypt.

The study also found out that Egyptians use Google Search to look for ‘Mosalsalat’ (series) and programmes’ timings during Ramadan, as there was a 70% increase in searches related to Mosalsalat, in comparison to one month before the holy month. Additionally, it pointed out to an increase by 40% in the average watch time for music videos on YouTube, derived from Mosalsalat or Ramadan produced ads.

A new behaviour which was also noticed is watching videos related to football, as it is becoming a part of Ramadan’s culture in Egypt, especially that the World Cup took place in Ramadan last year.

The study shows an increase of 60% in watching videos related to football and sports on YouTube, while Mohamed expects this will reduce but will still be present next Ramadan, as the Egyptian football player, Mohamed Salah, has matches to play during the month.

As for the Egyptians’ preparations for the Bayram, an increase in searches for travel destinations were found within three categories: religious tourism, internal tourism, and vacations outside Egypt. Users resort to Google Search to find travel agencies for the Umrah, causing the doubling for Umrah and related terms on Google.

Dubai, Mecca, and Istanbul are the top three trending travel destinations outside Egypt on Google, for internal tourism. The top trending destinations on Google Search during Ramadan are Hurghada, Sharm El-Sheikh, Cairo, and Alexandria.

Furthermore, the study also shows an increase of 54% in watch time for videos related to tourism and travel reviews on YouTube during Ramadan.