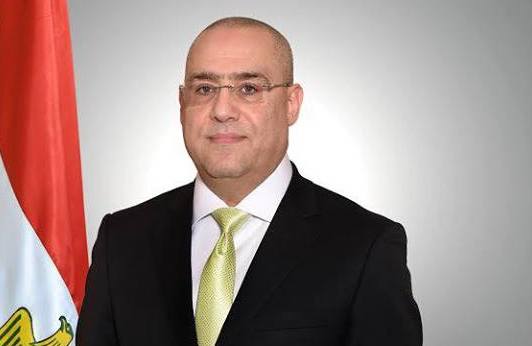 The Minister of Housing, Utilities and Urban Communities, Assem El Gazzar, said that the ministry aims to complete the implementation of more than 40,000 housing units as well as, completing a number of utilities and services projects in the New Administrative Capital (NAC) by the end of June 2020.

The projects, due to be completed by mid-2020, include 23,412 housing units, with 952 villas and 2,050 mixed-use housing units in the third district, Capital Residence, which is overseen by the ministry of housing and covers an area of approximately 1,000 feddan in the NAC.

Capital Residence comprises eight neighbourhoods, including villas, besides various services buildings. The projects also include the completion of the implementation of about 15,000 units and 230 villas in the fifth district, titled New Garden City.

New Garden City spans over 1,000 feddan and is scheduled to encompass 23,000 housing units consisting of apartments, luxury units, and villas. In addition to this, residential towers for mixed-use purposes, which will include 2,000 residential units and two hotels will also be completed.

The minister added that the construction of Capital Park, the central park project in the NAC with a length of over 10 kilometres and stretching over 1,000 feddan, will also be completed by mid-2020.

El Gazzar also noted that Capital Park is one of the largest parks around the world, which will respect the topographical nature of the NAC, and will harmonise with the general environmental system. Moreover, it will provide recreational areas with an international standard and will be accessible by means of an integrated network of footpaths and bicycles.

Over and above, Capital Park will be enjoyed by the Egyptians masses.

El Gazzar also explained that the ministry also targets completing the first phase of the treatment plant with a capacity of 50,000 cubic metres per day, as well as implementing five international schools, a restaurant complex, and a mosque.

Moreover, it also aims to complete the utilities of the governmental district, the investment zone, and the third and fifth residential districts.