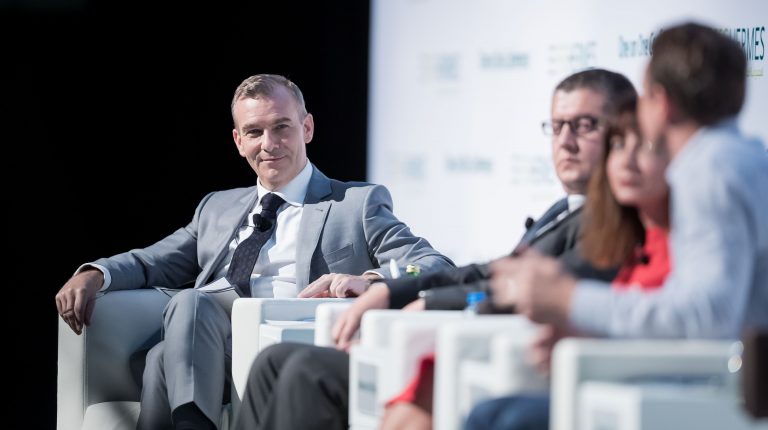 Technology didn’t only disrupt financial services, it also shook the whole retail and advertising sectors as well as methods adopted by companies to reach their target audience which witnessed a dramatic change over the last 10 years.

During a panel discussion in EFG’s One on One conference, Co-CEO and Co-Founder of Jumia, Sacha Poignonnec, emphasised that technology as a tool is just a mean to an end, and that consumers’ purchase decision is still based on the product, how much money they can save, and the convenient way of buying.

He explained that e-commerce platforms are great barometers for the economy, as they include various parties, buyers, sellers, logistics, importers, and exporters alike, and that Jumia believes that Egypt and Nigeria are very resilient.

On a similar note, Chief Operating Officer of Dubai Refreshment at PepsiCo bottler and distributor, Mahmoud El-Meligy, said that e-commerce is even going to change real estate. Malls were once 70-80% retail and 20% entertainment. In 10 years, that is going to start skewing the other way — online shopping is going to drive them to become more about entertainment — about experiences in food and beverage.

When it comes to advertising, Poignonnec and El-Meligy agree that technology changed advertising and that with television you could spend millions to target no one in particular and you have a very few ways to measure your impact, nowadays it is increasingly about social media, where you can be extremely specific on demographic and geolocation data — and it is less expensive.

Similarly, Nada Amin, vice president of consumer and retail at EFG Hermes, said that social media is bringing down cost and making it easier to hit your audience in a more targeted way.

Poignonnec cited Nigeria, where young people there practically don’t know what television is, yet they watch YouTube, however, she believes that while social media is a great channel, it will never be the only channel of advertising, as it requires much more management.

El-Meligy believes that there are two exceptions to that rule; sporting events, where we know the size and composition of a television audience that cuts across the entire MENA region, and Ramadan, when you have a guaranteed captive audience right after the breaking of the fast.

Consequently, in terms of advertising, most companies are turning away from above-the-line marketing and shifting toward online and social media launches, Amin explained.

On a different note, she said that EFG is seeing signs of pickup in capex spending in Egypt, but in the GCC, most companies are reaping the benefits of existing investments. Despite the fact that Egyptian companies took a substantial hit to volumes after the late 2016 devaluation, most companies’ broad-based target now is the return to historical high volumes.