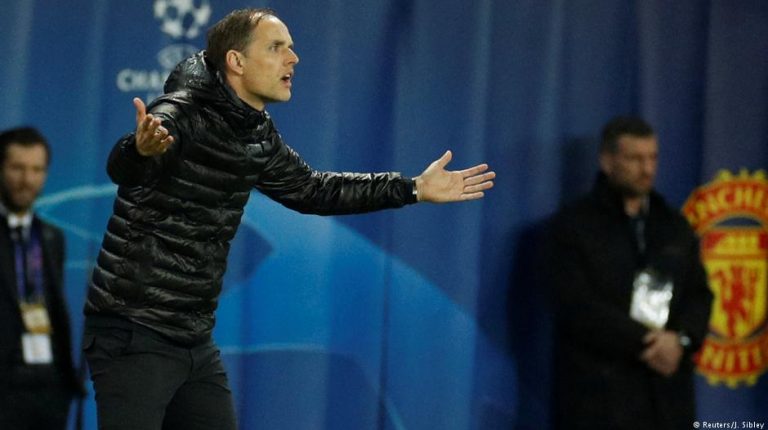 On Wednesday, Manchester United, a club with a history of dramatic and unlikely late European comebacks, played their role to dramatic perfection as they unseated opponents who have developed a reputation for snatching defeat not from the jaws, but from the throat, of victory.

Two years after they blew a 4-0 first leg lead to lose 6-5 on aggregate to Barcelona, Thomas Tuchel's Paris Saint-Germain made unwanted history as the first side in Europe's biggest club competition to go out after winning their first leg 2-0 away from home. They were the 107th side to face such a situation.

“In the second half, they didn’t have a single chance," said Tuchel after the game. "I have no explanation.”

It was a reaction almost identical to that which Tuchel had when his Borussia Dortmund side conceded three late goals to Liverpool to throw away a Europa League quarterfinal in 2016 but, unlike that night, the blame perhaps falls more heavily on the players.

The two defensive blunders, as well as a rare off night in front of goal for Kylian Mbappe, go some way to explaining what the former Mainz boss cannot. But his is not a position where excuses are easily accepted and he will have to accept his share of the fallout.

Unai Emery was out of a job a year or so after the Bareclona collapse and defeat to a United side missing 10 first teamers including Paul Pogba and Anthony Martial will inevitably lead to speculation about Tuchels's future. Such is the nature of the PSG job under its Qatari owners. Domestic dominance is a given, only European glory will do.

Before the game, Tuchel spoke about his opposite number, who famously scored an injury time winner to seal a dramatic turnaround in Manchester United's favor agaainst Bayern Munich in the 1999 final

“It’s better to always be aware of the qualities of Ole Gunnar Solskjær,” Tuchel said. “He was one of the key players of the biggest era of this club. He was always ready to help, in 30 minutes, 20 mins, 10 or five. This is the spirit of Manchester United, that they are ready for anything."

On Wednesday, those words proved prophetic. And they also shone a harsh light on the players he's largely inherited, who weren't able to handle the pressure that comes with expectation once again.

Tuchel needs time to instill the precise methods and style that made his reputation and in the first leg of this tie, it looked like he had managed to create a tactical awareness and discipline PSG had often lacked.

But despite repsonding to well to an early setback, it seems there's plenty of work still to do. Those traces of identity don't wash away so easily after all.