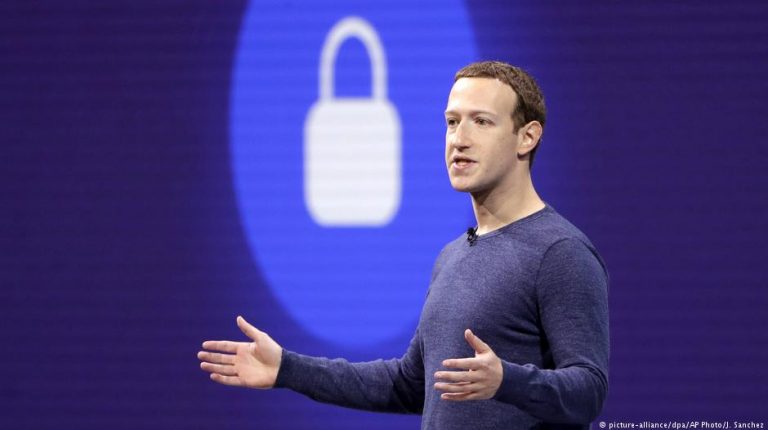 Mark Zuckerberg said that private communications will become more important than public platforms. The company’s plan of increasing encryption may frustrate law enforcement’s efforts to track criminals and extremists.Facebook will begin strengthening privacy features on its chat applications, Chief Executive Mark Zuckerberg said on Wednesday. The announcement comes as the social media giant has been in hot water over its handling of user data and the dissemination of fake news on its platforms.

Facebook is one of the largest private messaging companies with its WhatsApp, Messenger and Instagram platforms. Each of them has more than 1 billion users, but only WhatsApp fully secures message content from all outsiders.

"The future of communication will increasingly shift to private, encrypted services where people can be confident what they say to each other stays secure and their messages and content won't stick around forever," Zuckerberg said in a post on his Facebook page.

Facebook's plan to enhance end-to-end encryption on its messaging services, Zuckerberg emphasized, would prevent anyone from seeing what people share, including Facebook itself.

Zuckerberg anticipated public skepticism about his plan to improve privacy, since the company does not have a "strong reputation for building privacy protective services." But he wrote that the company had "repeatedly shown that we can evolve to build the services that people really want."

Moving on from public platforms?

Facebook's core platforms, such as newsfeed and groups services, as well as Instagram, will not undergo any changes. Zuckerberg's laser focus on private messaging suggests that the company may be looking beyond its original purpose of public sharing.

But Zuckerberg downplayed expectations. "It's not that I think the more public tools will go away," he said in an interview Wednesday with The Associated Press. "All indications are that Facebook and Instagram will continue growing and be increasingly important," he added.

Nonetheless, in his announcement, he stressed that as he thought about the future of the internet, Zuckerberg saw that "privacy-focused communications platforms will become even more important than today's open platforms."

"Privacy gives people the freedom to be themselves and connect more naturally, which is why we build social networks," he wrote.

Read more: 15 years on, is it time to #DeleteFacebook?

Critics of the social media giant and regulators have urged Facebook to crack down on harmful user content, but more encryption could make it difficult to find and track problematic posts.

Law enforcement authorities have also raised concerns that increased security would disrupt their ability to access online chat records, to track extremists or other criminals.

"Encryption is a powerful tool for privacy, but that includes the privacy of people doing bad things," Zuckerberg wrote on the issue.

"We face an inherent tradeoff because we will never find all of the potential harm we do today when our security systems can see the messages themselves," the Facebook CEO said, acknowledging the existing contradiction between increasing user privacy and working with law enforcement.

Increasing user content privacy could also undermine the company's business model, which depends on selling ads that are based on the platform's knowledge of its users.

Zuckerberg told AP that he was not too concerned about his plan's impact on profits. "How this affects the business down the line, we'll see," he said. "But if we do a good job in serving the need that people have, then there will certainly be an opportunity" to stay profitable.